An adorable, toothless, droopy-tongued 13 year old rescued Pomeranian/Pug named Rocky hilariously danced around the room in a silly spider costume that his humans had ordered for him. According to said humans, Rocky doesn’t mind costumes but loves to put on a show.

He’s a good sport when it comes to costumes and enjoys putting on a goofy show. We ordered this spider costume and immediately had to put it on him. Needless to say he wears it like it was made specifically for him. 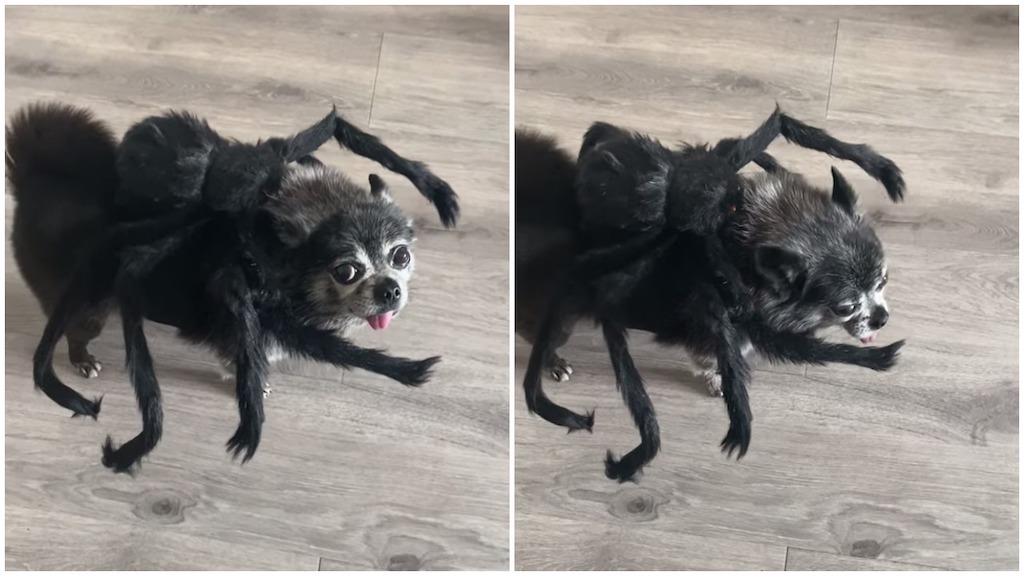