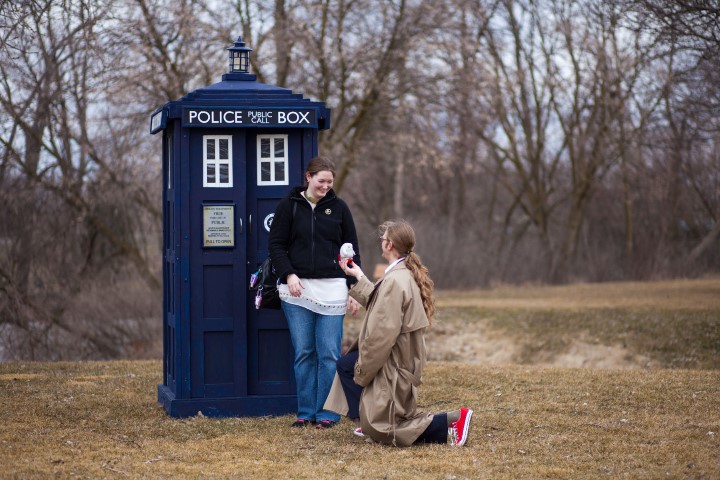 image via The 10 Day TARDIS

In April 2013, Nick Clements, a woodworker and devoted Doctor Who fan in Midland, Michigan, challenged himself to build a life-sized TARDIS in 10 days so that it would be ready when he popped the question to his girlfriend Lisa Bissonette, who is also a big fan of the show. Needless to say, Bissonette said yes. Clements told the story of the proposal to the Midland Daily News.

Once at the Tardis, Clements, wearing a trench coat and red Converse tennis shoes — the attire of the 10th generation Doctor Who — gave the key from around his neck to Bissonnette, who unlocked the door and went in. When she turned around to come outside, Clements proposed with a simple, “Will you marry me?” “I figured a Tardis says a thousand words,” he said. “This is the biggest thing I’ve ever built and the most extravagant gesture I’ve ever done.”

Since that time, a happily married Lisa and Nick have formed MadeBetterTogether, through which they are currently offering custom-built “Police Public Call Boxes.”

Handmade Police Public Call Box made from wood (inside the posters are used to make it APPEAR bigger on the inside, we actually cannot make it bigger on the inside) Made to order (6-8 weeks), please message so we can discuss dimensions, specifications and various options. 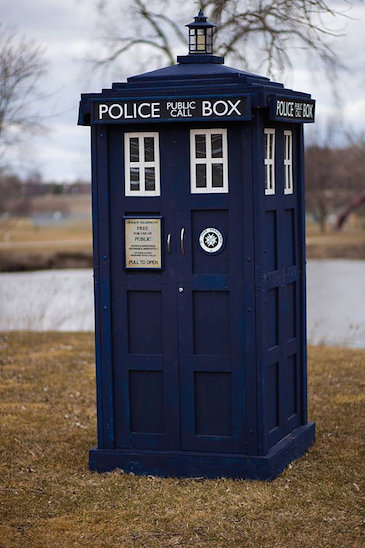 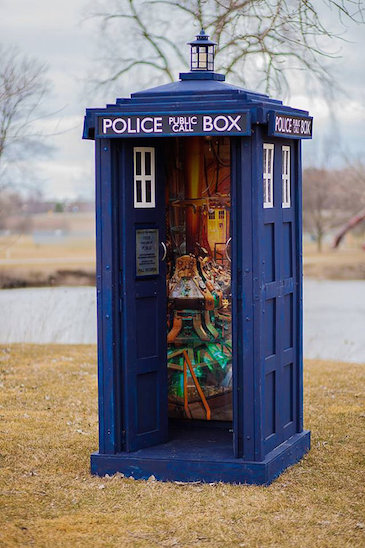 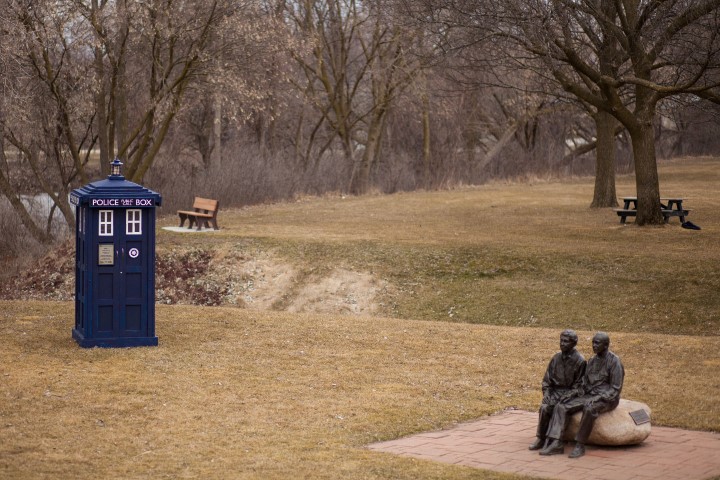 image via The 10 Day TARDIS