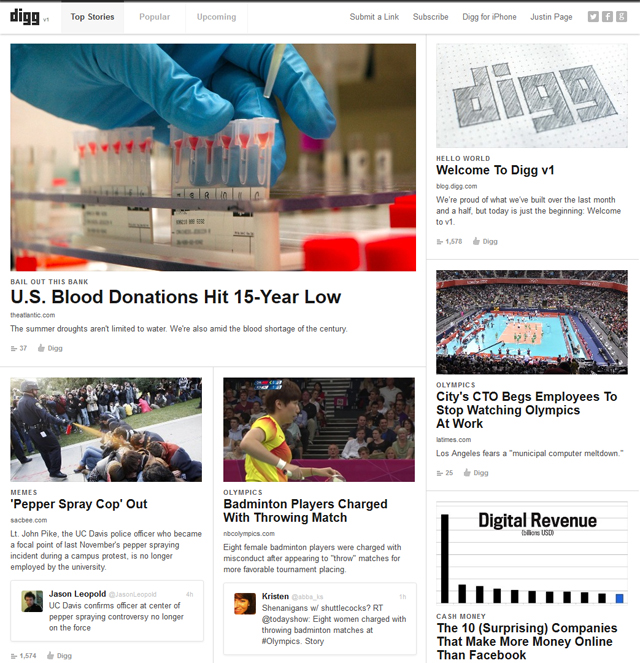 The social news sharing website Digg has officially relaunched and is ready to rock with a fresh revamped version 1.0 look and feel thanks to the new owners at Betaworks, who acquired the core assets of the website. In six weeks a group of designers, engineers and editors from News.me dug deep to bring the total redesign to fruition. Now, with helpful suggestions from the Digg community, they will be working hard to build the site up with useful new features. You can stay up to date on current news with the new Digg application for the iPhone, iPod Touch or iPad.

The old Digg infrastructure was expensive and it afforded us little latitude to innovate and build at a fast clip. So when we acquired Digg, we set an aggressive goal to move to a new infrastructure in six weeks. It’s an intensive effort but it will be worth it. We are starting with a fresh code base — it’s modern, it’s fast and it’s shiny and new.

The preview shown on the Digg Blog illustrates how the site displays more important stories toward the top of the page, along with an image. The next level down is a listing of the most popular submissions shared in the past 18 hours and will display the headline, an in depth activity report, users and the source. At the very bottom of the main page, you will find the listings of fresh upcoming submissions which will only be displayed with a headline, activity and the source. 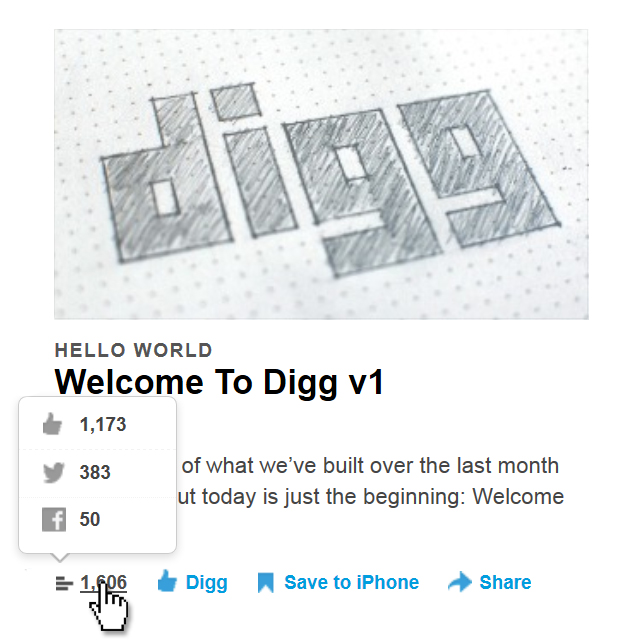