Los Angeles photographer and geek Dave Bullock is currently in Las Vegas where he has been covering Black Hat Briefings USA 2007, the security convention that takes place right before the notorious Defcon 15, one of the world’s and largest hacker conference, which starts today (Dave will be covering that one as well).

Check out Dave’s blog for coverage of both events. Here’s his photos from Black Hat Briefings USA 2007 and Defcon 15. I haven’t been to Defcon since 2000, so it will be interesting to see how it has changed.

Jacob Appelbaum is there as well, shooting photos.

Oh and if you are going to Defcon for the first time, check out The Register’s great write-up: “A Defcon Survival Guide”. 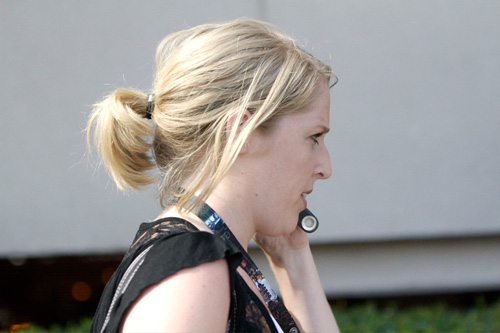 Dateline NBC sent a mole to Defcon, associate producer Michelle Madigan, who had a hidden camera in her purse and was trying to catch attendees committing crimes. Today she was outed by the conference’s organizer Jeff Moss (aka Dark Tangent) at the annual “Spot The Fed” game, which he temporarily changed to “Spot the Undercover Reporter”. Wired’s Kim Zetter has the full story, complete with photos of Michelle by Dave Bullock.

Elizabeth Safran has a great video of Michelle being pwnd at Defcon 15.