Gravitas Ventures released an official trailer for Dave Made a Maze, a quirky upcoming film directed by Bill Watterson and starring Nick Thune, Meera Rohit Kumbhani, Adam Busch, and James Urbaniak. The trailer features a man named Dave (Nick Thune) who builds a maze out of cardboard over the weekend while his girlfriend is away. It will release in select theaters on August 18th, 2017.

Dave, an artist who has yet to complete anything significant in his career, builds a fort in his living room out of pure frustration, only to wind up trapped by the fantastical pitfalls, booby traps, and critters of his own creation. Ignoring his warnings, Dave’s girlfriend Annie leads a band of oddball explorers on a rescue mission. Once inside, they find themselves trapped in an ever-changing supernatural world, threatened by booby traps and pursued by a bloodthirsty Minotaur. 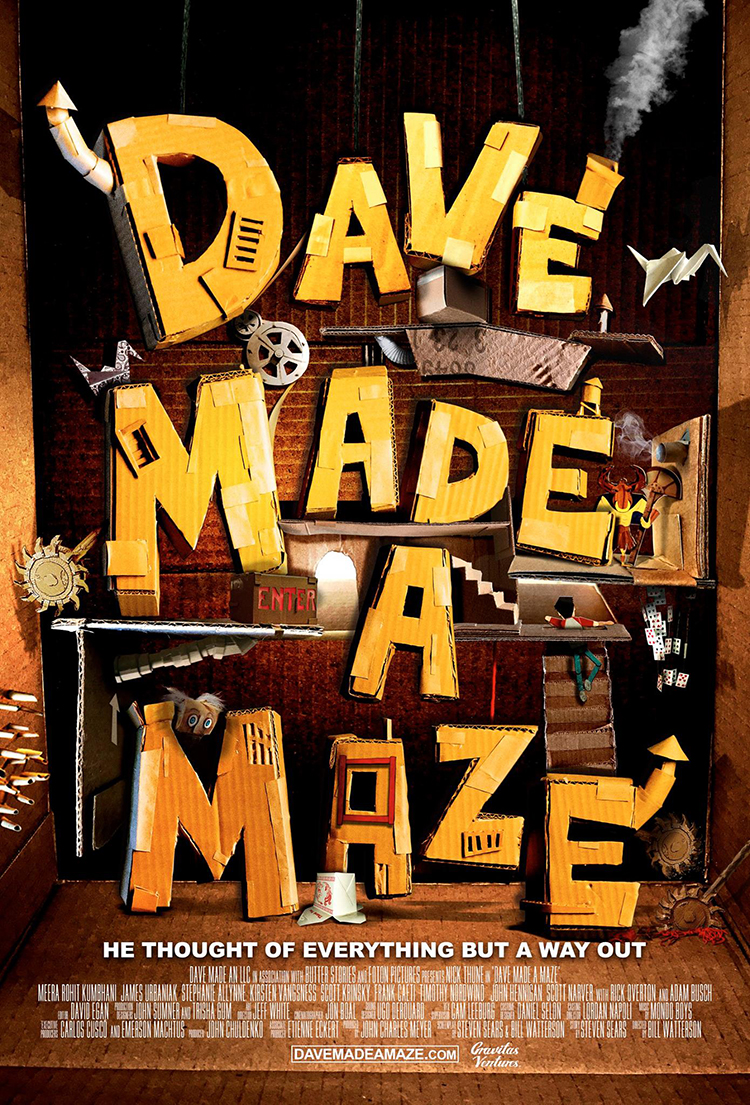 image via Dave Made a Maze