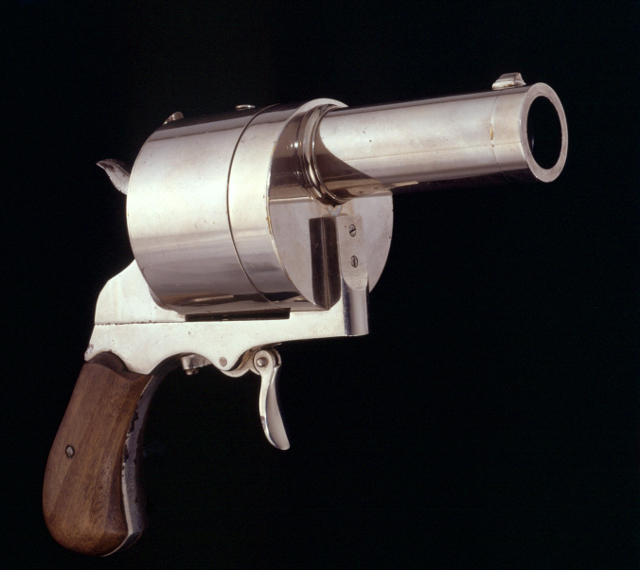 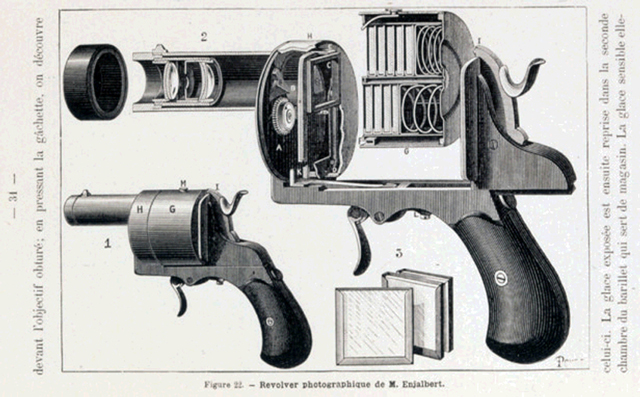 An Enjalbert Photorevolver set a record for a camera at auction when one was sold for £50,000 at Christie’s South Kensington on Aug. 31, 1995. 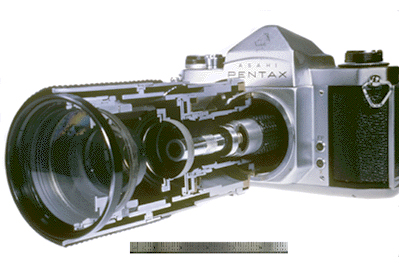 Modified C.I.A. “Stinger” re-loadable .22 magnum pen-gun is cocked via camera’s film advance lever. The C.I.A. Stinger…the single most popular weapon the C.I.A.’s Technical Services Division has ever offered. It has seen successful deployment in toothpaste tubes, pens, cigars, etc. It may be swallowed or stowed as a suppository to avoid detection. 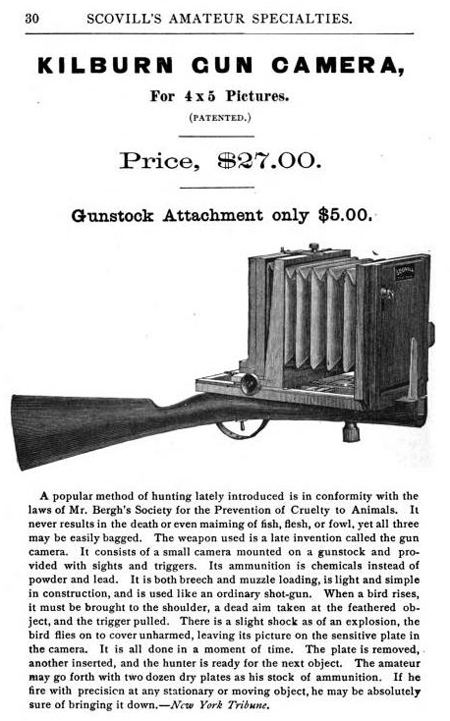 The camera was invented by Mr BW Kilburn…The idea occurred to him to devise an instrument which would make the tripod unnecessary and with which he could take aim from the shoulder. This thought found expression in the construction of a gun camera.

Taking ‘point and shoot’ to a whole new level, Christopher Carlsson has compiled an image collection of Dangerous Cameras on Bagcheck of these cameras that are really guns and vice versa, both real and imagined. Some of the more notable and real ones include the French Enjalbert Photorevolver, the C.I.A. “Stinger” pistol housed in a Pentax, and the Kilburn Gun Camera.