Crusoe the Celebrity Dachshund and his little brother Oakley (previously), dressed in “Batdog and Robin” costumes, successfully attack a bad guy who somehow gained entrance into their home and was stealing their stuff.

Crusoe and brother Oakley the miniature dachshunds – AKA BATDOG & Robin save the day again by defeating a burglar in the home. 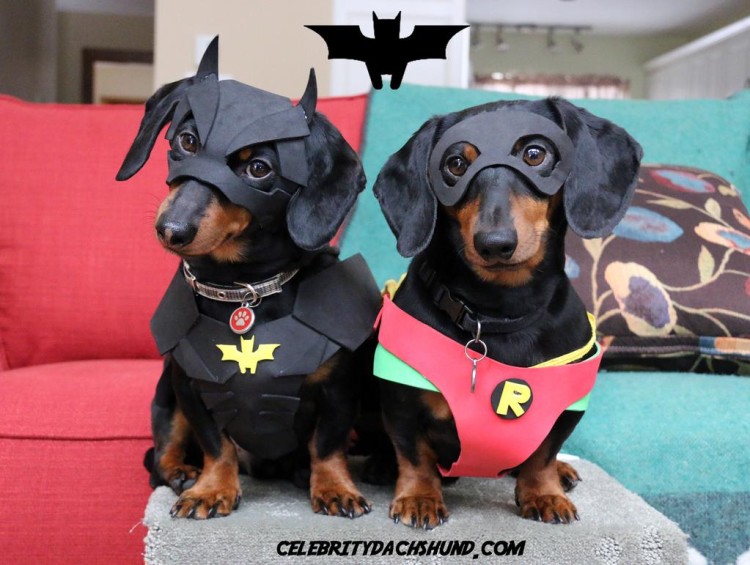 image via Crusoe the Celebrity Dachshund