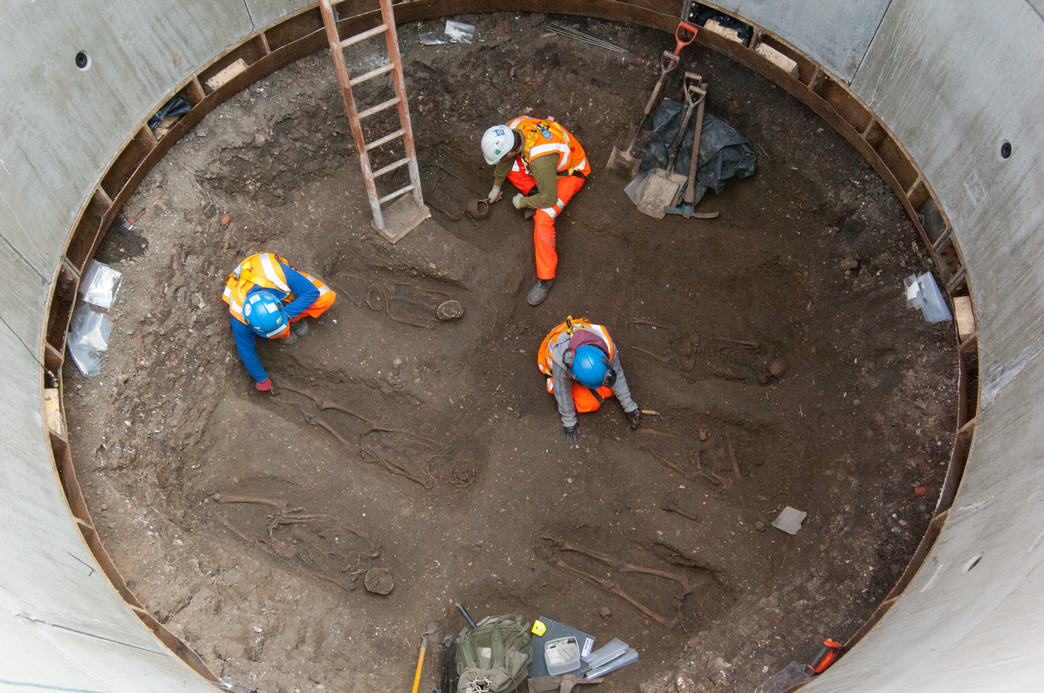 Archaeologists working for England’s Crossrail project have discovered a burial ground at Farringdon in central London believed to date back to the time of the Black Death around 1349. Thirteen 660-year-old skeletons were found buried about eight feet below ground, though records indicate there could be up to 50,000 bodies buried at the mass grave. In a press release, Crossrail’s lead archaeologist Jay Carver said “we will be undertaking scientific tests on the skeletons over the coming months to establish their cause of death, whether they were Plague victims from the 14th Century or later London residents, how old they were and perhaps evidence of who they were. However, at this early stage, the depth of burials, the pottery found with the skeletons and the way the skeletons have been set out, all point towards this being part of the 14th Century emergency burial ground.” 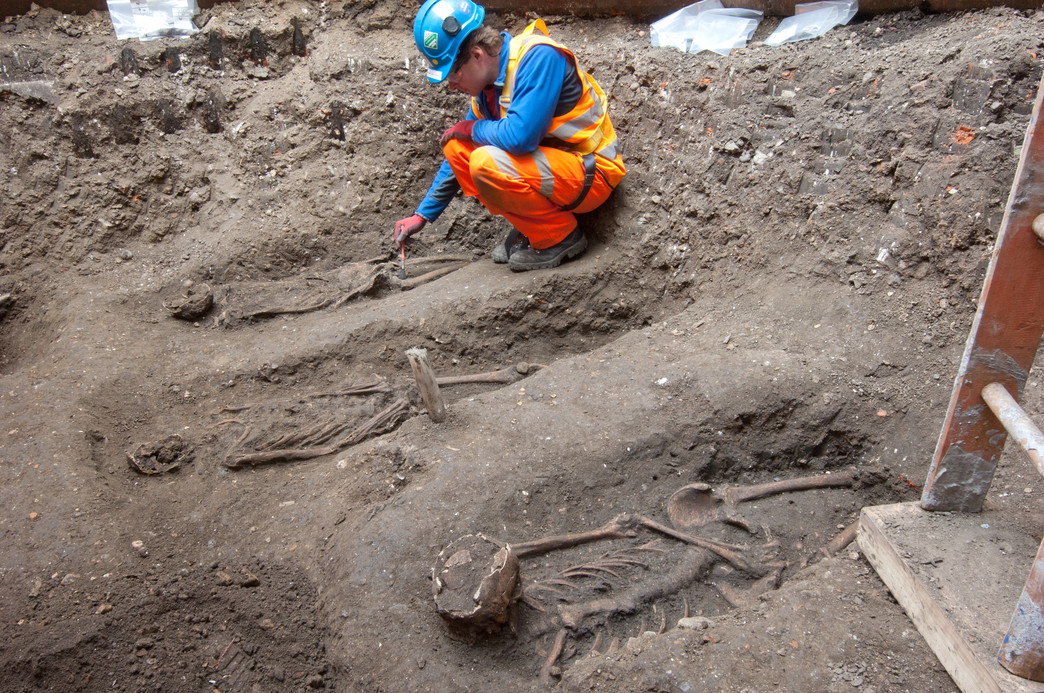 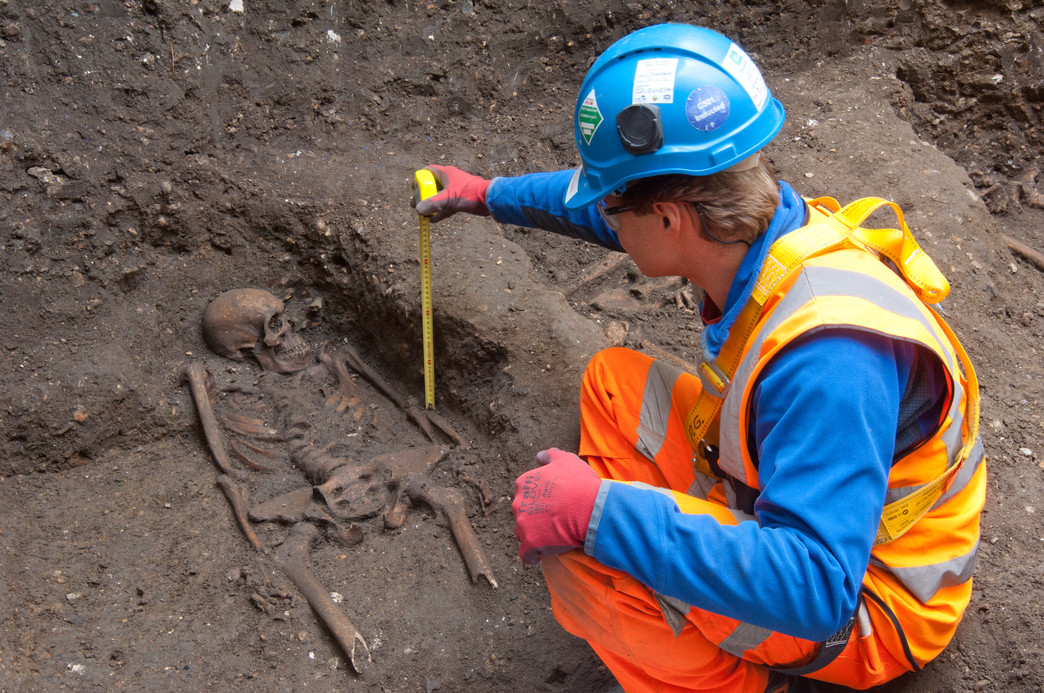 via The Telegraph, io9