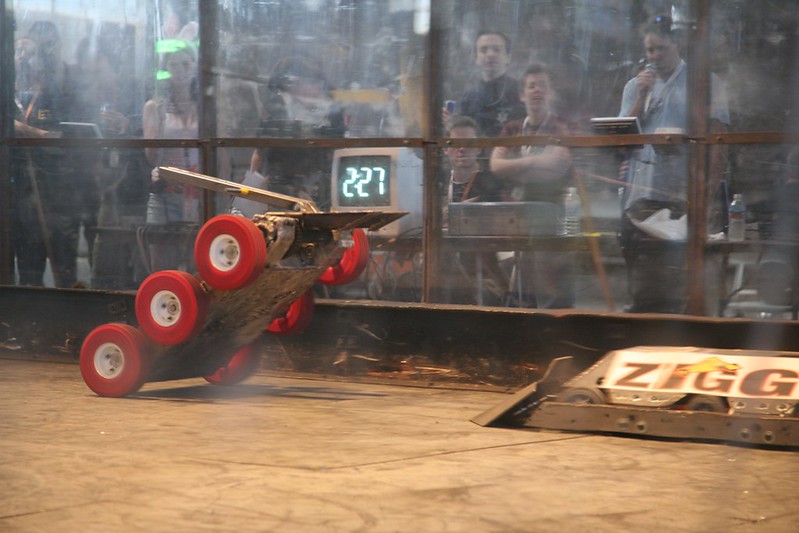 COMBOTS CUP V is robot combat at its best, with competition from the tiniest 1-pound ant weights to 220lb heavyweights (which are on the biggish side).

See the thrill of victory, and the smoke and flames of defeat! See small children getting into hard core mechanical engineering and software programming! See who wins some of our $3500 prize purse, and who goes home in a bucket.

Those of you familiar with combat robotics know it’s way better live, with crashing, bashing, flaming and those interesting smells that usually spell catastrophe. All safety measures will be taken so you can see robots launch themselves at each other in a brilliant display of engineering and sportsmanship.

Tickets are available now at Combots.net

Spread it far and wide, like hydraulic fluid gushing from an injured heavyweight! Bring your friends! Bring your enemies! Enjoy delightful beer and snacks on a genteel afternoon filled with WANTON DESTRUCTION and delightful precision mechanics. COMBOTS CUP V!