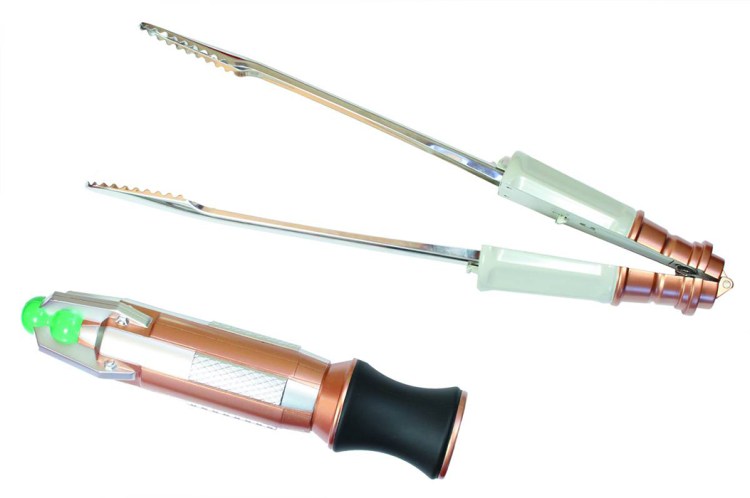 Urban Collector is currently accepting pre-order requests for a set of cleverly designed and Doctor Who officially licensed Sonic Screwdriver BBQ Tongs complete with a storage case made in the style of the Eleventh and Twelfth Doctors.

Doesn’t kill, doesn’t wound, doesn’t maim. But well tell you what it does do: It is very good at turning burgers (and fish fingers). Introducing the officially licensed Sonic Screwdriver BBQ tongs! Featuring metal tongs, a heatproof plastic handle, and storage case moulded to look just like the 11th and 12th Doctors tool of choice, theres even the iconic sonic screwdriver sound effect from the show to add some extra cool to proceedings. A must-have not just for the millions Whovians out there, but also for anyone who just wants to liven up their BBQ!