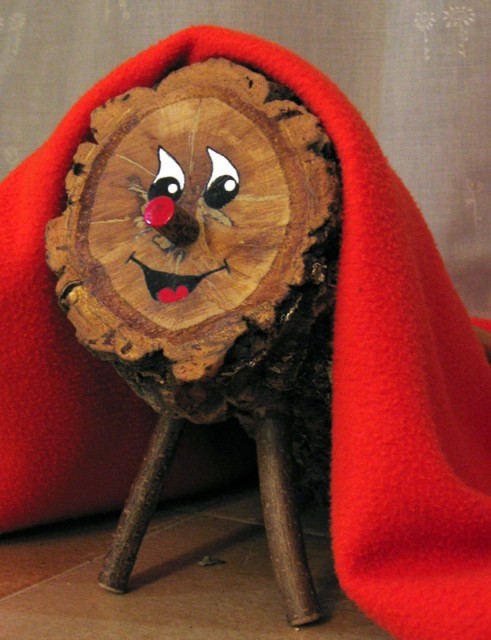 There are many peculiar holiday traditions around the world, but the various Catalan Christmas traditions that put a happy holiday face on defecation (figuratively, mostly) may be the most fascinating. I learned about the Caga Tio (“shitting log”) from my pal Dave Thau writing in Boing Boing many years ago. Here’s Dave’s summary of the shitting log tradition:

Fifteen days before Christmas, caga tio makes his appearance in the dining room, where he must be fed at least once every day. He likes oranges, crackers and sweet wine. In some families, caga tio starts small, but grows as the days progress toward Christmas.

Then on Christmas, the log, which has been fed and treated like a family member for weeks, is expected to produce. The children in the house proceed to beat caga tio with sticks demanding they be given presents. Here’s what that looks like:

A translation of one version of the charming chant these kids are singing:

shit turrón,
hazelnuts and cottage cheese,
if you don’t shit well,
I’ll hit you with a stick,
shit log!

Another version encourages the log “don’t shit herrings,” which is pretty good advice for us all. Once the beating has ended, the blanket is lifted off the caga tio. And there below the ass end of the log are presents including little brown candies or, if you haven’t been good, you’ll find the aforementioned salty herring fish. Here’s a video that goes into more detail. But that’s not all, there are more feces-centric Catalan traditions. 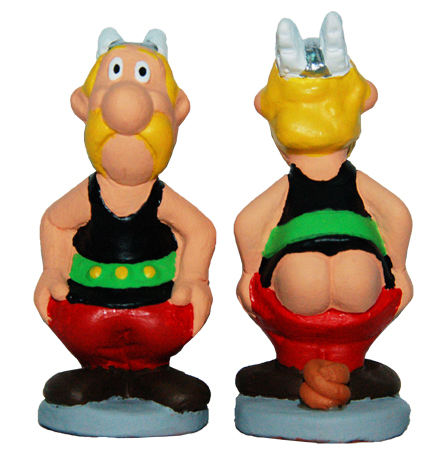 Catalans also make candy shaped like poop and “Caganers“, little figures of peasants or famous people shitting. We wrote a few weeks back about the biggest Caganer of all-time. For everyday household use, you’ll want a modest-sized caganer, and Caganer.com is the definitive resource. You’ll find dozens of defecating figures like Tiger Woods and Sarah Palin, the FC Barcelona football team, even cartoon characters like Astérix and Sponge Bob (whose poop is yellow, it turns out). Catalan shit-expert Stephen Fry explains that caganers are the essential decoration for every crib at Christmas time. 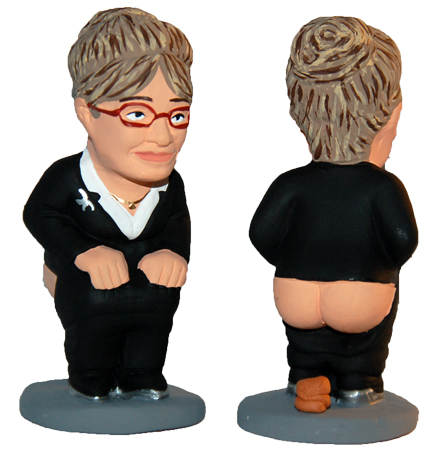 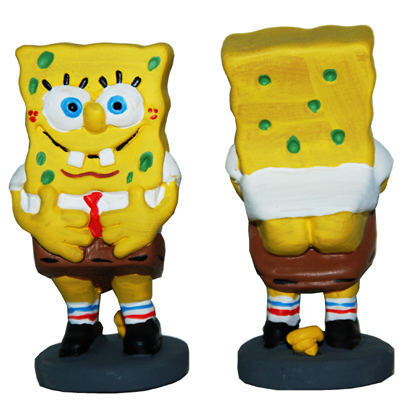