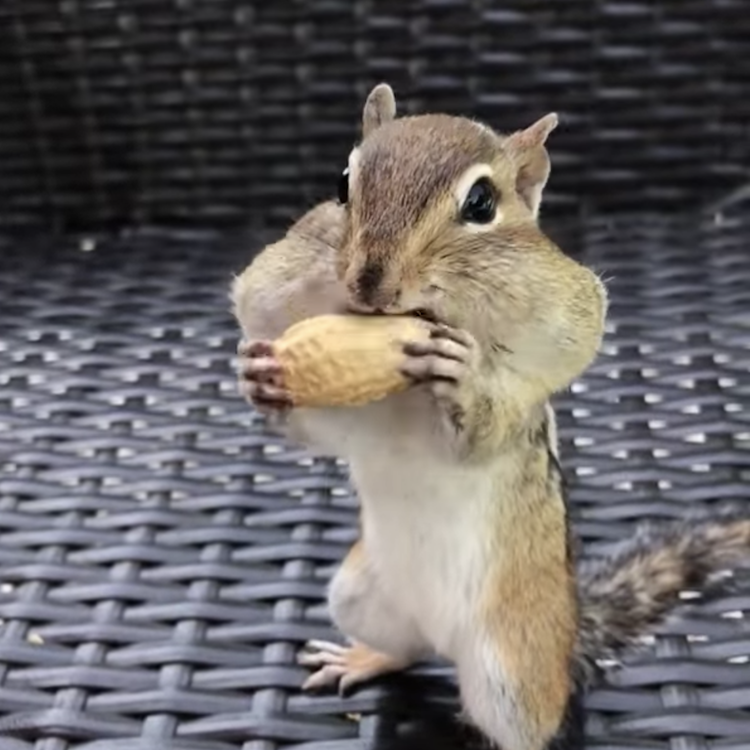 A surprisingly friendly wild chipmunk who has been nicknamed Van Gogh (VG) due to a notched ear, greedily stuffed his cheeks with peanuts that were being doled out by his adopted human. While VG did his best to walk away all that was offered, he had no choice but to leave a single peanut behind as he had reached maximum cheek capacity.

Van Gogh (VG for short) is a wild chipmunk from Ontario, Canada who visits me every day- as you can see from the video, he is quite the pig. He will stuff as many peanuts possible in his cheeks before running back to his burrow to store for later. He will then come back to visit me, get some back scratches/pets, indulge in more peanuts, and bolt back to his burrow once again.