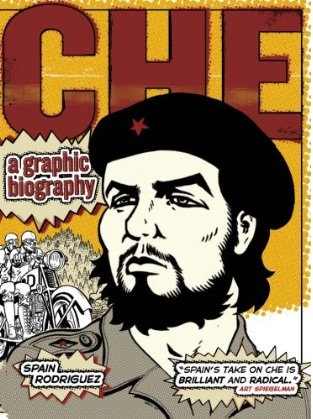 “I’m surprised it took this long,” Mike Gold declares in his ComicMix review of legendary illustrator Spain Rodriguez and his decision to ink a graphic biography of revolutionary socialist Che Guevara. While the ubiquitous tees silk-screened with Alberto Korda’s iconic photograph of Guevara are often derided as a facile display of misplaced idealism, by deposing U.S.-backed military despot Fulgencio Batista, Che’s historical legacy serves as a continually relevant counterpoint to the imperial ambitions of American leaders in Latin America and beyond. “Che: A Graphic Biography” is available through Last Gasp.

Spain Rodriguez’s powerful artwork illuminates Che’s life and the experiences that shaped him, from his motorcycle journey through Latin America, his rise to prominence as a leader in Fidel Castro’s revolutionary movement, his travels in Africa, his involvement in the insurgency that led to his death in Bolivia, and his extraordinary legacy.

Editor Paul Buhle has also contributed to graphic histories of Emma Goldman, the Wobblies and the SDS.

Revel in New York did an interview with Spain where he talks about Che.