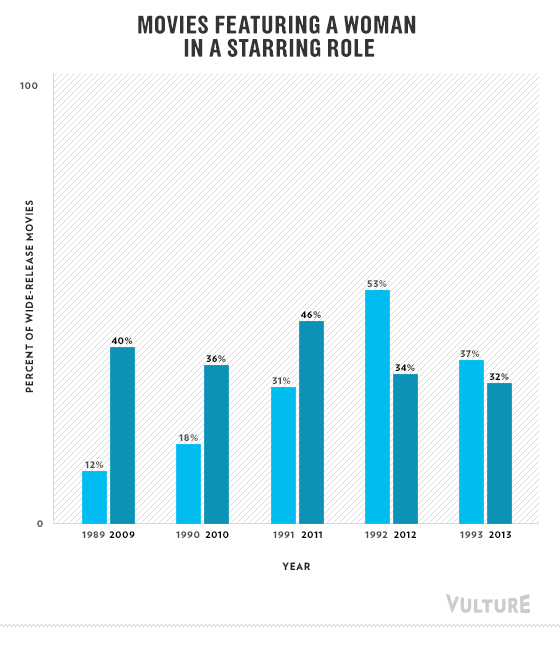 Amanda Dobbins of Vulture researched how many movies have a woman or women in starring and co-starring roles today compared to 20 years ago and presented her findings in these charts, which show the percentage of total wide-release summer movies featuring women. In her research, Dobbins noticed an interesting trend:

Movies about women are essentially a trend, like movies about archery or the apocalypse. The 2011 peak was the year of both Bridesmaids and The Help (Bad Teacher was also in there, riding on Bridesmaids’ girls-get-raunchy coattails); the 1992 peak was a year after the release of Thelma and Louise, as if studios suddenly realized that women could star in successful movies, too. And then the studios got excited about some other trend, and the starring roles for women disappeared again. 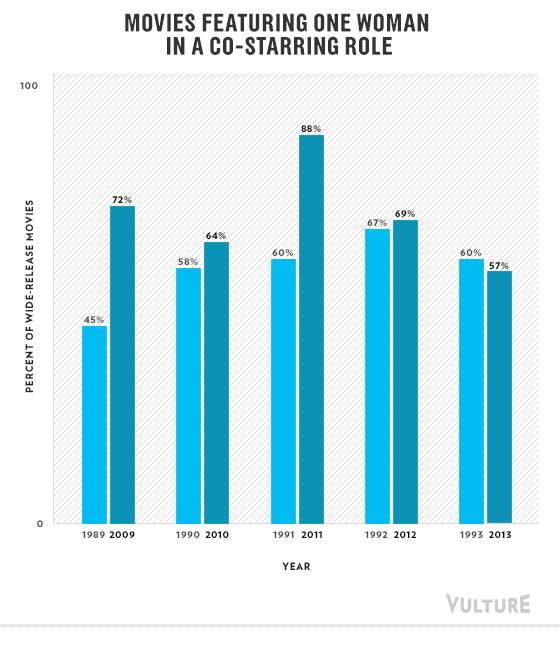 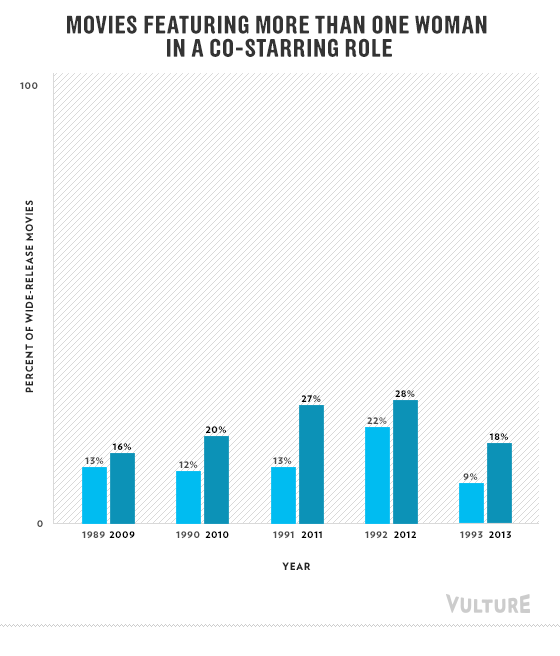