Ben Millam, a man who describes himself as an “aspiring geek”, built an incredible cat feeding machine that requires his cat Monkey to hunt for RFID-tagged white plastic balls placed strategically around the house. Whenever Monkey finds a ball, he takes it over to the machine and inserts it into a blue bowl fitted on top and food comes out of the feeder.

Millam said that he built the feeder because he wanted to make sure that Monkey’s life was more fulfilled.

So instead of feeding my cat, I hide these balls around the house… This all started after I read an explanation of why cats go about repeatedly exploring the same areas: it’s partly to establish and survey their territory, but they’re also practicing ‘mobile’ hunting: moving about, being curious, and poking their noses around in the hopes of upsetting potential prey and finding a meal. So what if my cat, while out on patrol, actually found its prey? Surely this would bring him one step closer towards a more fulfilled and self-actualized indoor kitty existence. 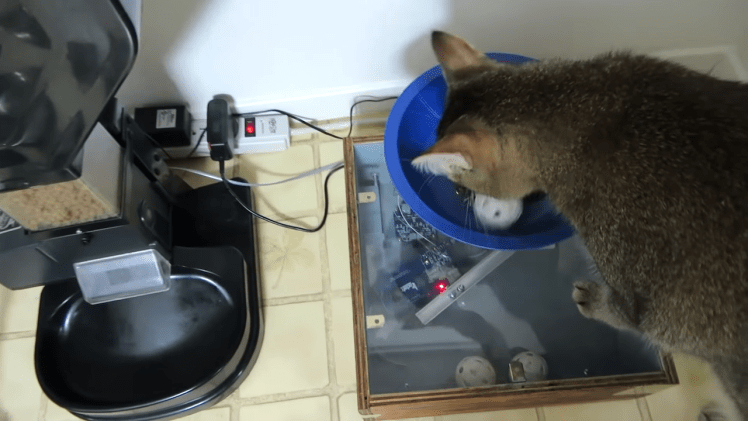 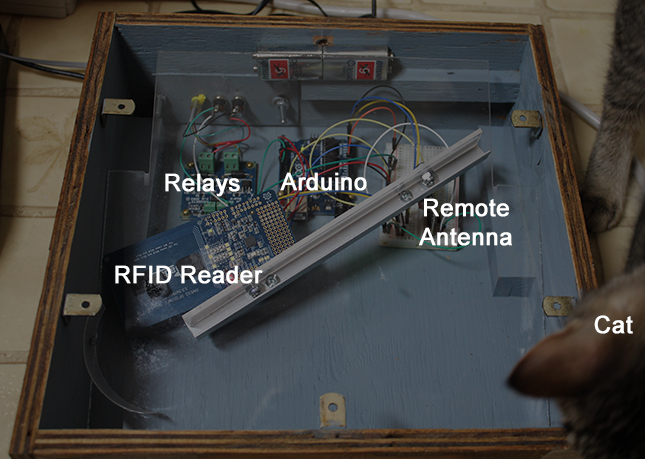