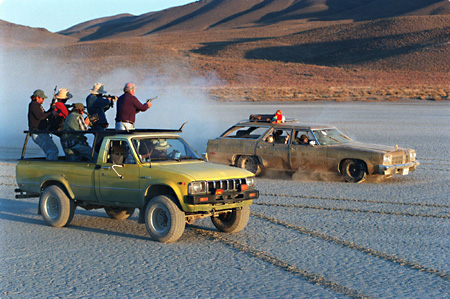 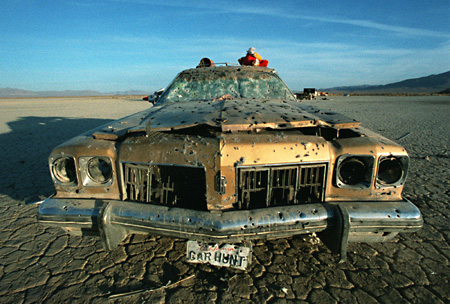 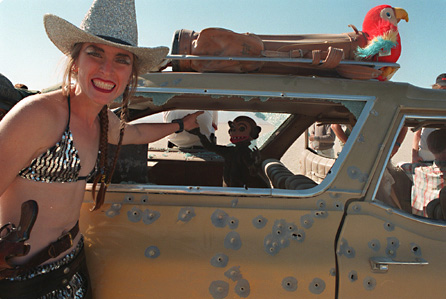 Car Hunt is the now legendary event organized in 1995 where a group of our friends took an Oldsmobile station wagon and added mannequin passengers, steel re-enforcements, set up a system where they could drive it via remote control and then “hunted” it down in a Nevada desert using an assortment of guns while riding in chase vehicles.

Car Hunt was organized by John Law, Robert Burke and People Hater, along with some of the people from the The Drive-By Shooting Range at Burning Man.

The “family” in the classic American station wagon cruised across the Nevada desert. They didn’t turn their heads to see the four-wheel-drive pick-up truck – a gang of gun-toting artists standing in the back – as it pulled alongside. Suddenly shots rang out. Bullets riddled the car and the figures inside.