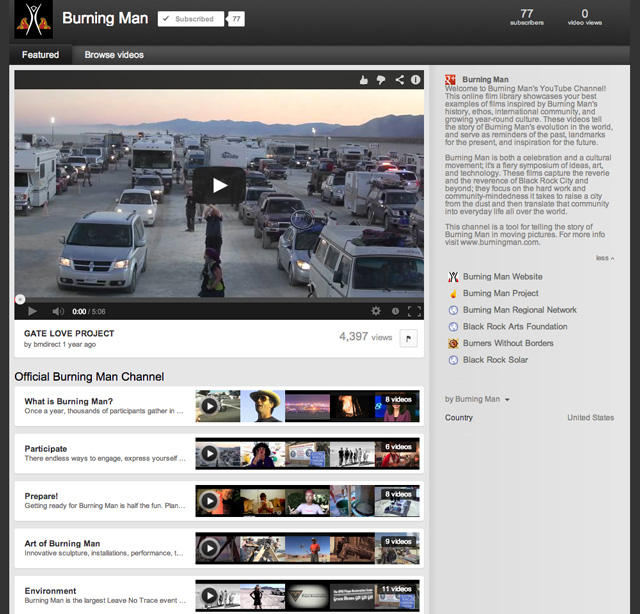 Burning Man’s Burning Blog has announced the creation of an official Burning Man YouTube channel which showcases the “best examples of films inspired by Burning Man’s history, ethos, international community, and growing year-round culture” that “tell the story of Burning Man’s evolution in the world, and serve as reminders of the past, landmarks for the present, and inspiration for the future.” Filmmakers can submit their original videos to be considered for the channel (details).

…Burning Man is both a celebration and a cultural movement; it’s a fiery symposium of ideas, art, and technology. These films capture the reverie and the reverence of Black Rock City and beyond; they focus on the hard work and community-mindedness it takes to raise a city from the dust and then translate that community into everyday life all over the world.

This channel is a tool for telling the story of Burning Man in moving pictures.