A reporter in this 1977 British Pathé mini-documentary takes to the streets to talk to folks about the platform shoes craze. The video’s full-version is available at British Pathé.

Girls and men walking. Reporter interviewing various people about the claims that platform shoes being health hazard. An expert talks about it but is not very good in convincing a girl not to wear them. More people on the street being interviewed. Some people say they look ridiculous, shoe salesman defences them with bizarre explanations etc. The end of an item shows the reporter wearing platform shoes and having difficulty walking. Voiceover informs that most of the injuries happen in the first few days of wearing them. Reporter walks off with difficulty. 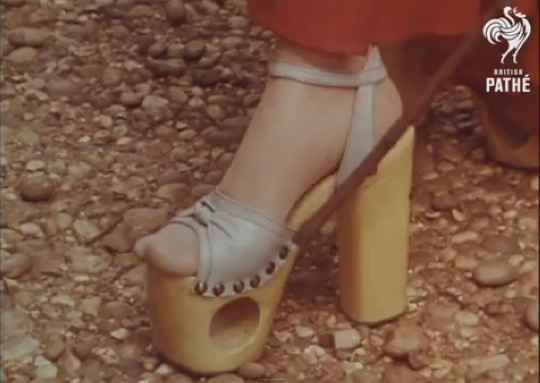