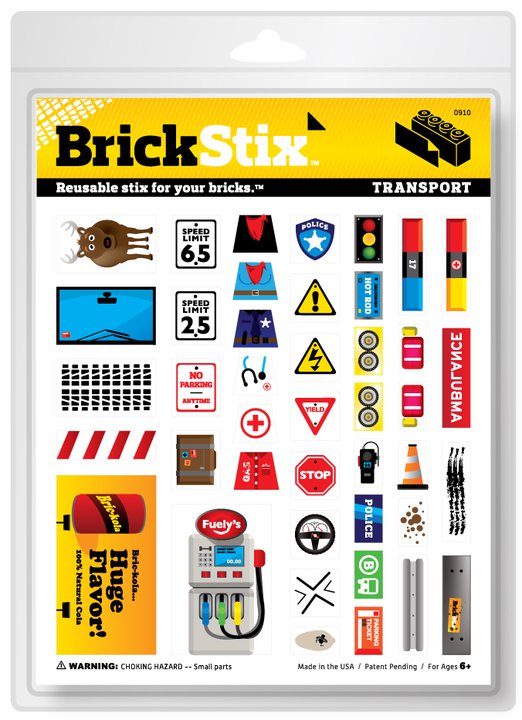 BrickStix are cling decals that can be removed and reused to customize the look of building brick systems like LEGOs and MEGA Bloks. They were literally dreamt up by (now) sixth grader and entrepreneur Greyson MacLean:

Greyson loves to build! When he was nine years old, he was frustrated with the stickers that came with brick sets. If he put them on, he couldn’t get them off. Plus, they were limited. He wanted to customize his brick creations into different stories, but he was at a loss. He needed stickers that could be detached and reused just like his bricks. Some days he wanted a brick to be a newspaper, another day a clock, a control panel, a window… He told his mom about the problem. He told her he wanted to be able to add details to his builds, and have the ability to change his mind and make something else. She thought it was a great idea. So Greyson’s Mom, Dad, Aunt and Uncle started working. They had meetings at their kitchen table. They talked to Greyson’s sisters and other kids when they designed the first set of Stix, and BrickStix were born. Now kids can customize their build into a masterpiece.

Greyson was invited to the Conan show to talk about his invention.