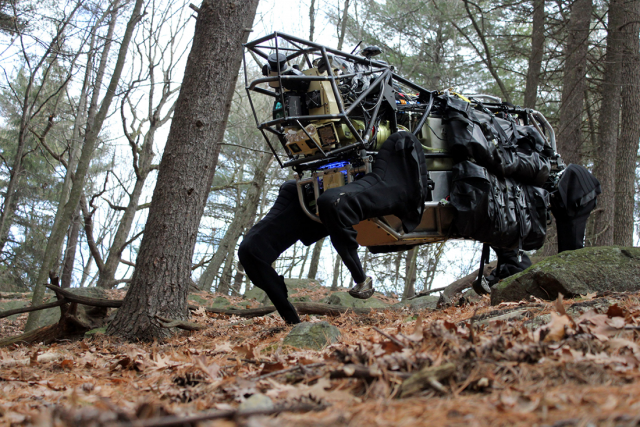 Earlier this week, Boston Dynamics demonstrated the capabilities of the Legged Squad Support System (LS3), a semi-autonomous four-legged robot designed to serve as a pack mule for US troops (video). The robot can navigate difficult terrain, follow a human leader, and right itself if it falls over. It will eventually have a range of 20 miles, a top speed of 7 MPH, and a cargo capacity of 400 pounds. The robot has another two years of testing and refinement ahead of it before it is deployed in an operational exercise with US Marines. The LS3 project is funded by DARPA and the US Marine Corps. 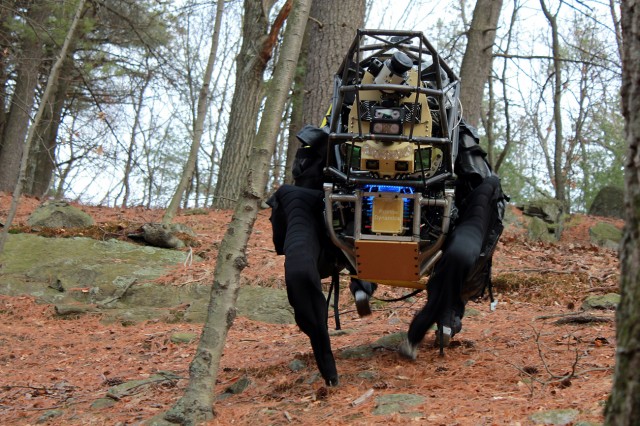