In this astonishing test video, the Cheetah four-legged robot by Boston Dynamics sprints at 28.3 MPH, a new landspeed record for legged robots. The robot beat its earlier record, set this spring, of 18 MPH. The Cheetah Robot now has the distinction of being faster than the fastest human (sprinter Usain Bolt, 27.79 MPH). The Cheetah has achieved these speeds while tethered and with offboard power (probably just as well given the crash at the end of the test). It begins untethered testing next year. The robot is part of DARPA’s Maximum Mobility and Manipulation project. 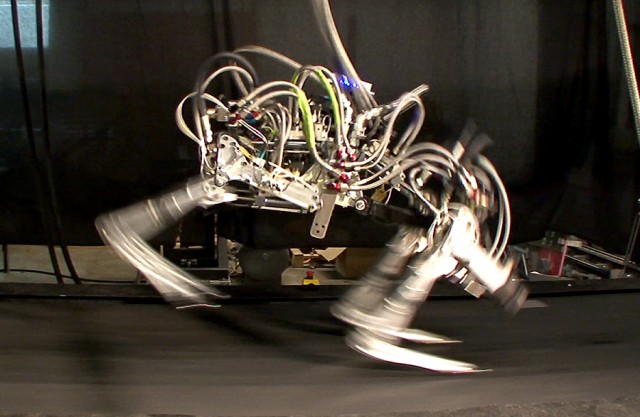