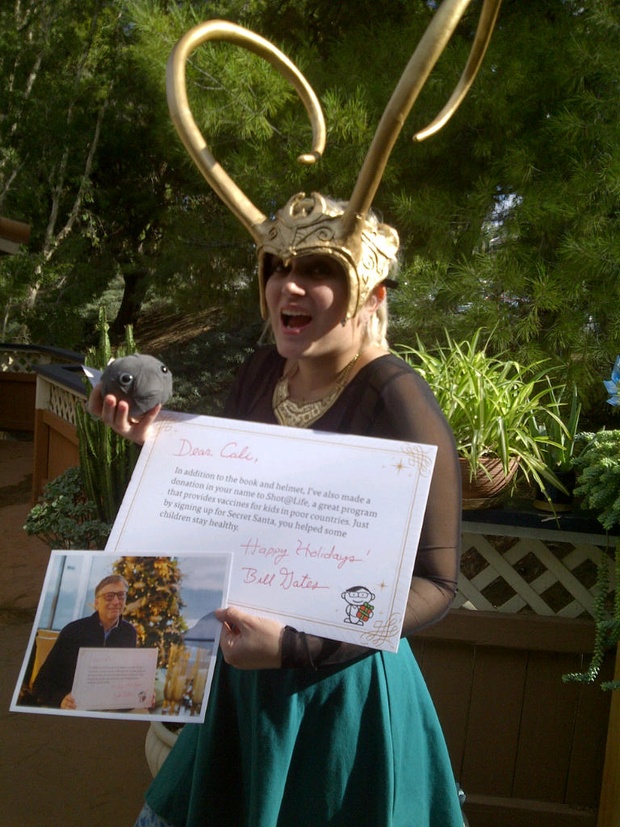 Bill Gates participated in the annual reddit Secret Santa gift exchange and gifted lucky reddit user calid7 with a replica Loki helmet from Marvel’s Thor franchise. Gates also gave calid7 a plush polio virus, a coffee table book of photos from Africa, and made a donation in her name to Shot@Life, an organization that provides vaccines for children in poor countries.

The amazing human being Bill Gates sent me a Loki Helmet which i have been dying to own ever since the first Thor movie came out!! He read my “pie in the sky wish” that i filled out in my questionnaire and fulfilled it! I also got an amazing coffee table book of gorgeous pictures of Africa (somewhere i desperately want to go, its on my bucket list!) with an inscription and a Giant microbes polio virus stuffed animal!

This year’s reddit Secret Santa broke its own world record for the largest Secret Santa gift exchange with more than 200,000 users participating. Last year, Gates gave his Secret Santa partner a stuffed cow and donated an actual cow to a family in need through Heifer International. 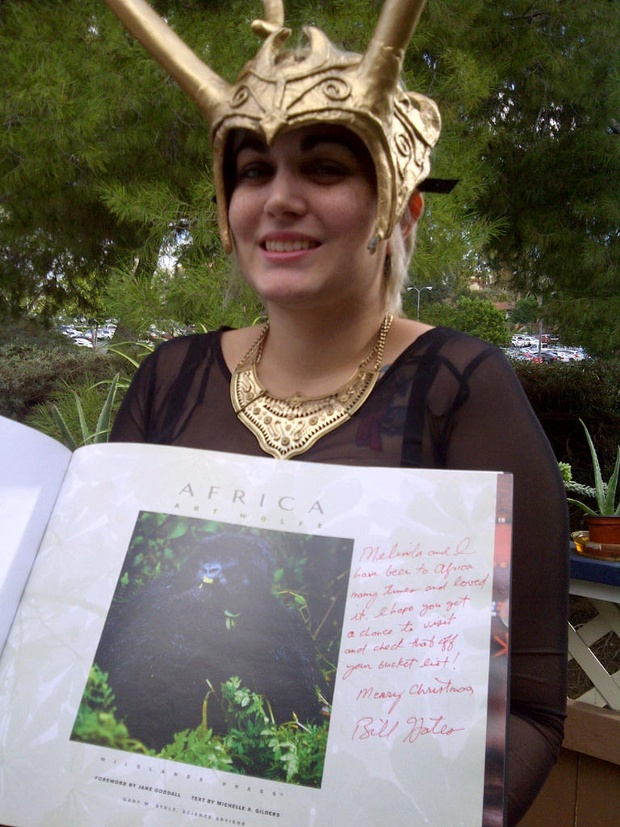