Beneath360 is a 4 minute short film by British director Amanda Bluglass which shows a 360° panoramic view of Olympic high board medalist Tom Daley, Olympiad Brooke Graddon and under 12 champion Victoria Vincent as they each dive into the water from a 10m board. It was viewed on a 360° projected screen during the London 2012 Olympics.

A unique immersive film in 360° with 6.1 surround sound audio, created for exhibition at the Weymouth Maritime Mix – London 2012 Cultural Olympiad by the Sea, with sponsorship from GoPro. 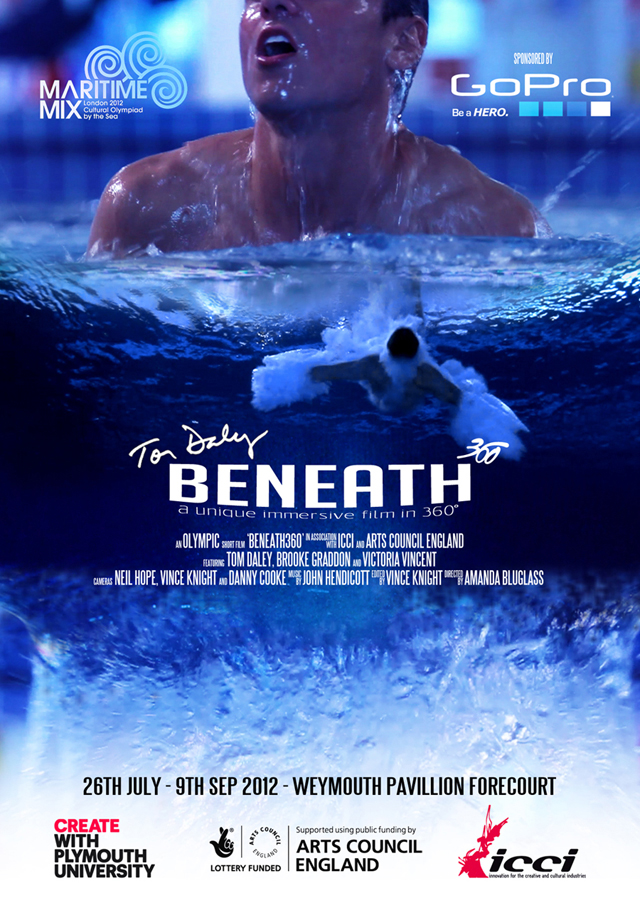