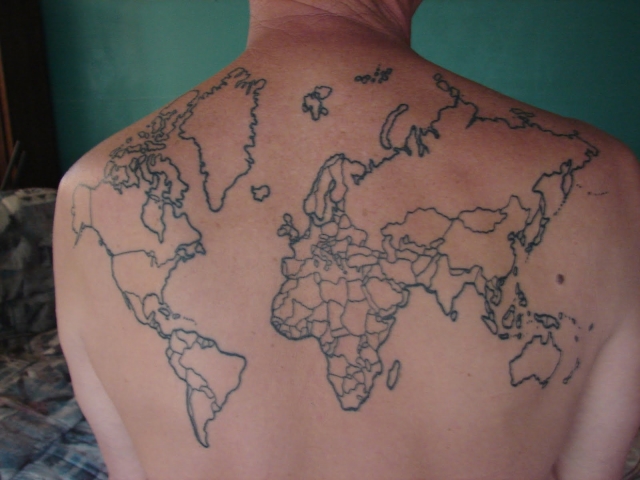 In 2010, backpacking enthusiast and travel blogger Bill Passman decided to get a tattoo of a world map on his back after seeing a similar tattoo on a fellow backpacker. Instead of making little marks on his back, as the woman with the tattoo that inspired him suggested she would do, Passman decided to have the places he visited colored in. He currently appears to be making his way through India, Burma, Thailand, Vietnam, and Indonesia.

She told me that she had gotten the tattoo from Mike at Tattoo Antigua in Antigua, Guatemala. I realized that if I was going to do that it would have to be a tattoo of the entire World including the specific countries. I also knew that I would like to color in each of the countries that I had traveled to. I went back to Antigua and got the outline of the world done by Mike and then got the countries colored in by Jake of Natural Mystic Tattoo in Pineville, Louisiana. 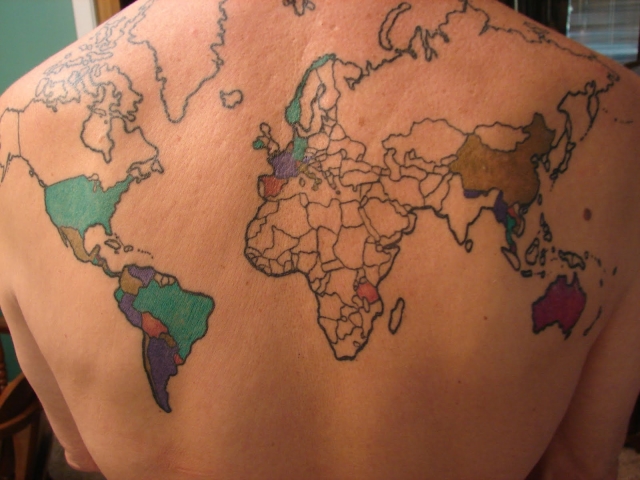 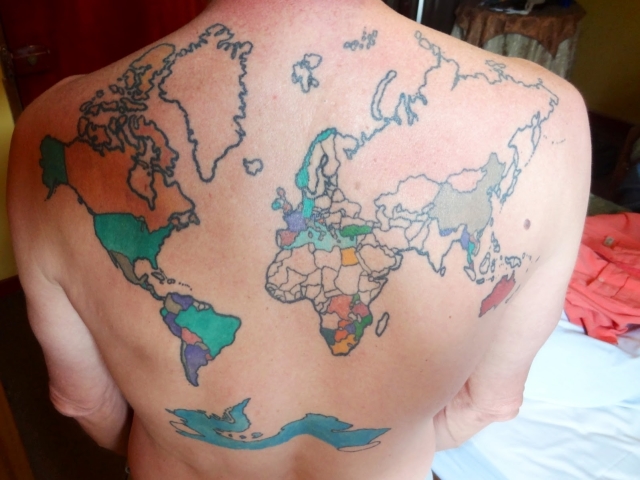 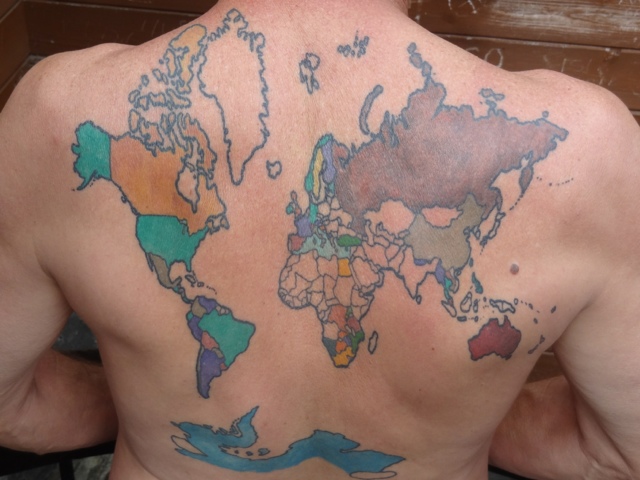 Coloring After Russia and Scandinavia