Arrowhead: Signal is a low budget 10 minute sci-fi film short inspired by the upcoming Australian independent feature film, Arrowhead, which is about an escaped convict / mercenary named Kye who is alone and stranded on a desert planet, waiting to be rescued. Signal really has me wanting more. To help this feature film come to fruition, the crew of Arrowhead has set up a crowdfunding platform on Pozible, which has a similar fundraising model to Kickstarter. They have a great selection of backer rewards, such as being an extra in the film or even having your last name be the actual last name of Nye, the main character. You can learn more about the film and fundraising in their promo video.

Arrowhead is a movie about redemption and loneliness, set against the backdrop of a sun-baked desert planet. After an intense prison break, Kye’s heroism gains him the attention of a ragtag group of rebels, led by an ex-military general. With the promise of guaranteed freedom, the general lures Kye into a dangerous hostage mission which leads him stranded alone on a planet for several years.

While alone, our hero has to decide whether he wants to continue on his violent path, or undo the damage he has done. But inner peace is hindered when Kye becomes infected with a symbiotic alien creature, which periodically causes hideous transformations.

It’s Jekyll and Hyde meets Robinson Crusoe. The Incredible Hulk in the distant stars. A bullets-and-sand adventure that will introduce pulp science fiction to the cerebral, character-based intimacy of independent cinema. 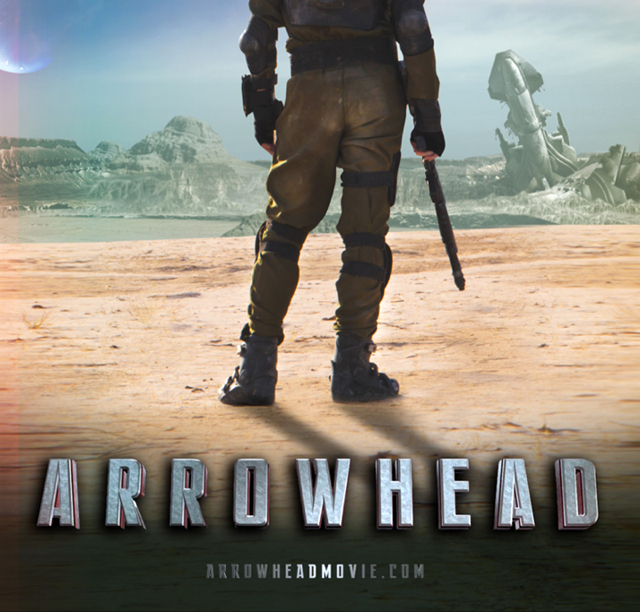 Here’s a Behind the Scenes video showing the making of Arrowhead: Signal.