Back in February curator Campbell Price at the Manchester Museum reported that an ancient Egyptian statue in the UK museum’s collection was mysteriously rotating inside a locked display case. The rotation was imperceptible to the unaided eye, but every day the statue could be seen facing a different direction. In an attempt to solve the mystery, the museum recorded a time-lapse of the statue, which clearly shows it rotating in the case. The curious phenomena is believed to be caused by vibrations generated by visitors as they walk nearby, or alternatively, by an ancient Pharaoh’s curse. For more on the tale, see this ABC News feature.

Several months ago, we noticed that one of our Middle Kingdom statuettes was spinning around imperceptibly slowly in its new case in our Egyptian Worlds gallery. We set up a time lapse camera to take one image every minute for a week. This is the result.

The cause may be subtle vibrations from footfall or traffic outside, but the statuette has been on a glass shelf in about the same place in the gallery for decades and has never moved before — and none of the other objects in the case move in any way.

A mystery? See for yourself. 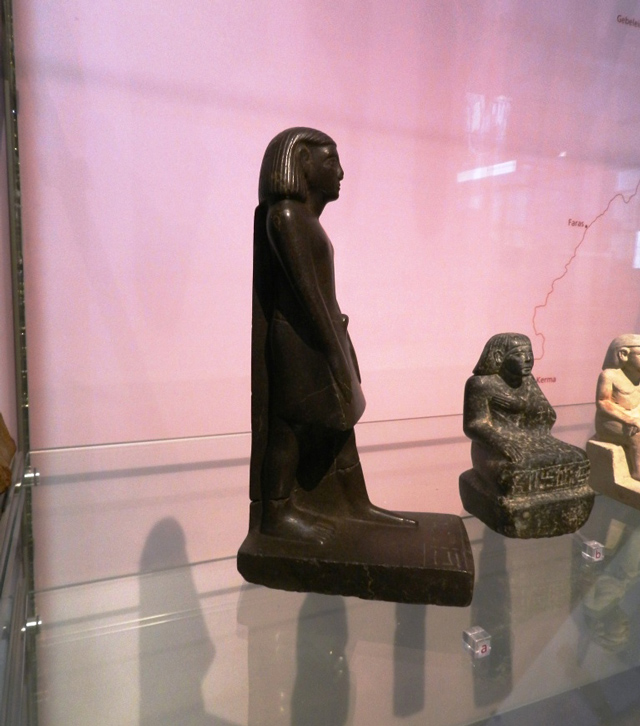