An urban pyramid called W57 is slowly arising next to the Hudson River on the corner of West 57th Street and West Side Highway in New York City. The brainchild of developer Douglas Durst of Durst Fetner is currently being brought to life by the Danish architects of BIG. According to a 2011 article in Arch Daily, the unique building will be a combination of both residential and commercial units.

The asymmetrical peak almost pyramid in shape is the result of blending the mismatched forms of a typical Manhattan tower podium and a low-rise apartment block European in style. BIG’s reinvention of the ‘New York apartment building’ somehow is able to check all of the boxes, providing a connection to the waterfront and the Hudson River Park, acknowledging the surrounding context both in relationship to building size and neighbors’ views, and alleviating traffic noise. The leafy green courtyards that pop up within this new residential typology help to balance a steeply sloped facade, 450-feet at its peak. Designed for client Durst Fetner Residential, the building offers both a cultural and commercial program and will accommodate 600 residential units varying in size. 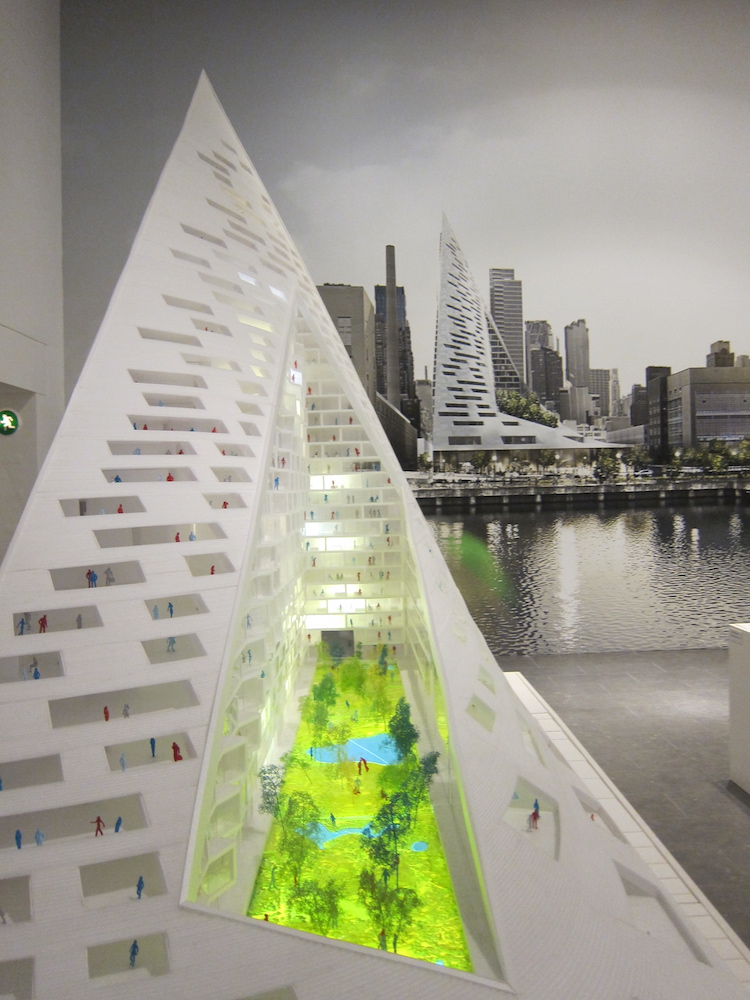 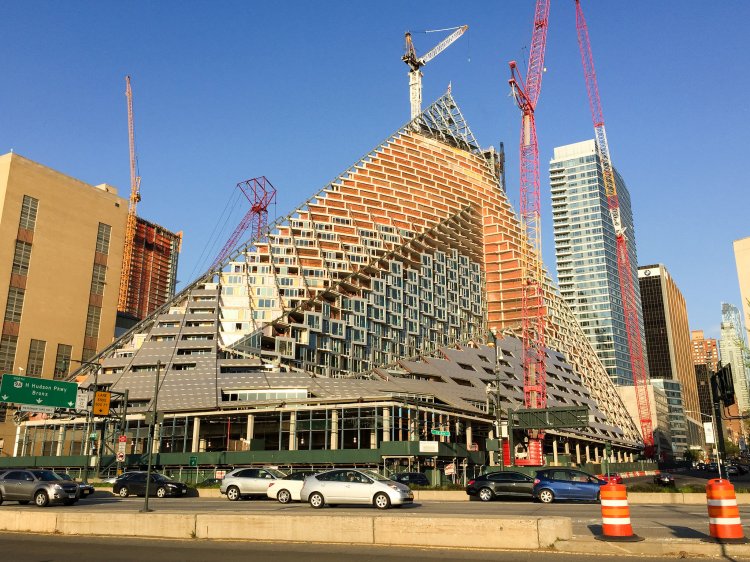 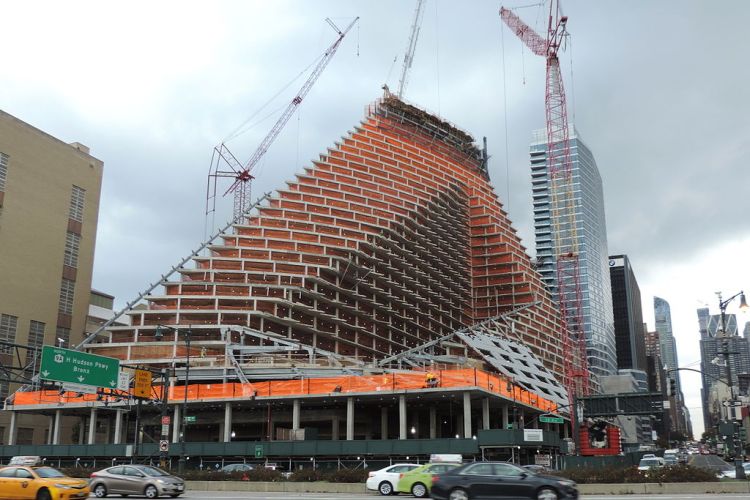