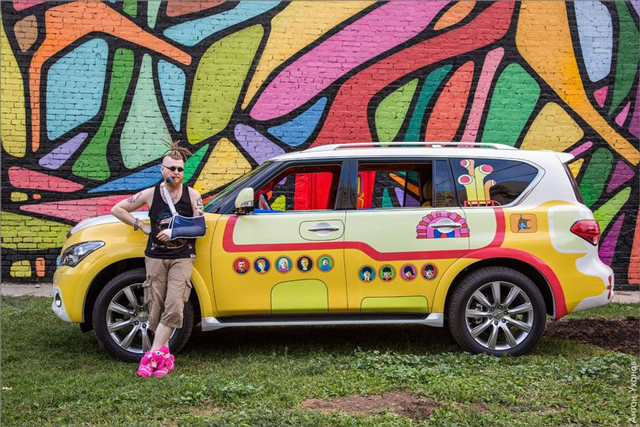 Inspired by the 1968 animated film Yellow Submarine, a Russian man has meticulously transformed his Infiniti SUV into a yellow submarine themed art car, both inside and out. The film was based on music by The Beatles and German illustrator Heinz Edelmann was the original designer behind its psychedelic art. You can see more photos of this vibrant vehicle at the site Okay’s good mood. 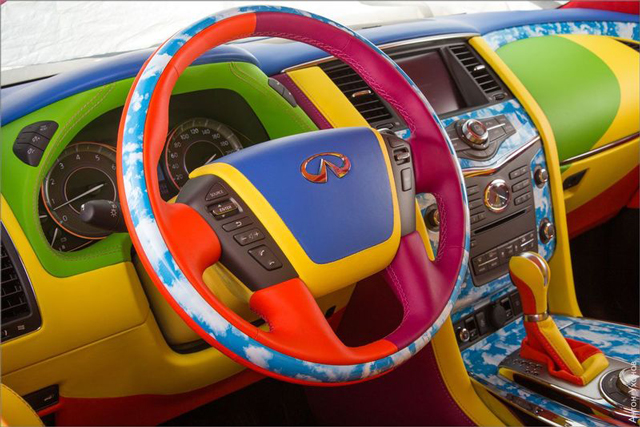 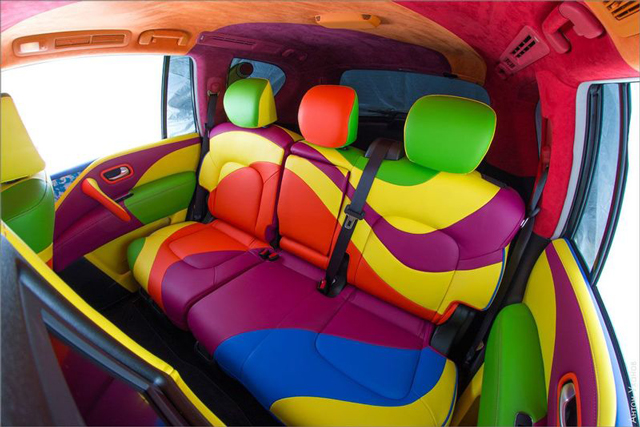 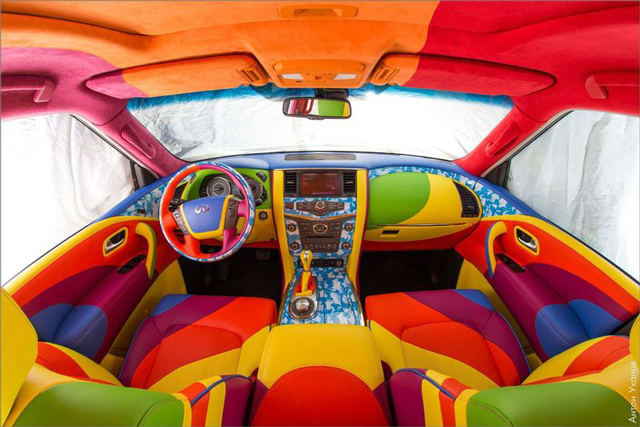