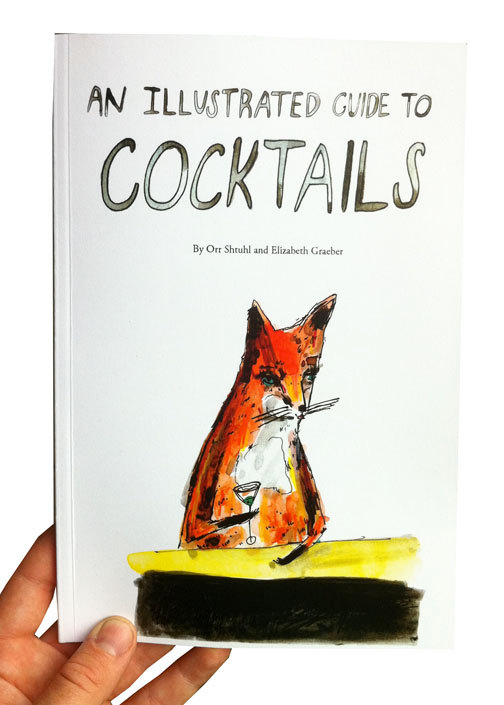 Freelance illustrator Elizabeth Graeber and Washington City Paper columnist Orr Shtuhl joined forces to author and self-publish the witty book,  An Illustrated Guide to Cocktails. This handheld guide is not just a setting for Graeber’s beautiful illustrations of drink favorites, but it also tells Shtuhl’s enchanting stories of alcohol:

…from the origin of the margarita to the grandeur of the first celebrity bartender with some modern twists.

Strong, sweet, and bitter—a good cocktail has the intrigue of an alluring drama, the joy of a salty-sweet dessert, and the sin of a vice. From the raucous innkeepers of the 18th century to the gangster bootleggers of Prohibition, liquor has always had a dark side, and cocktails are the keepers of its lore. Some creation legends include tales of the New York gangster and poker hustler Jack Rose, the famous matador film Blood and Sand, and a club dancer named Margarita Carmen that eventually became the pin-up actress known as Rita Hayworth. 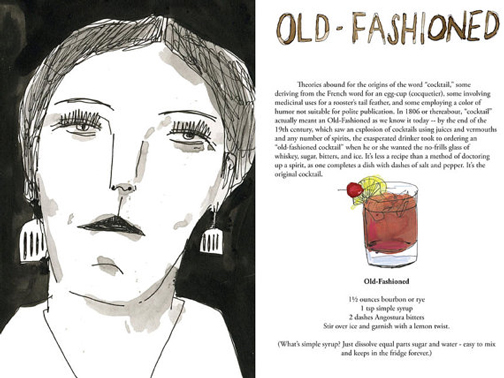 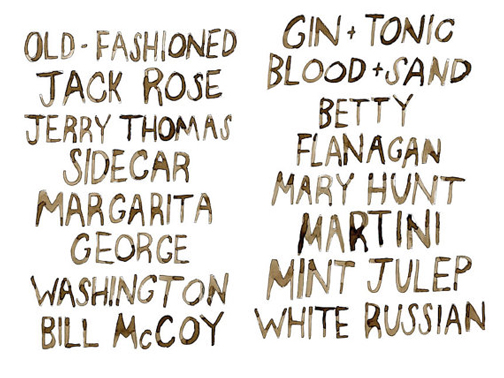 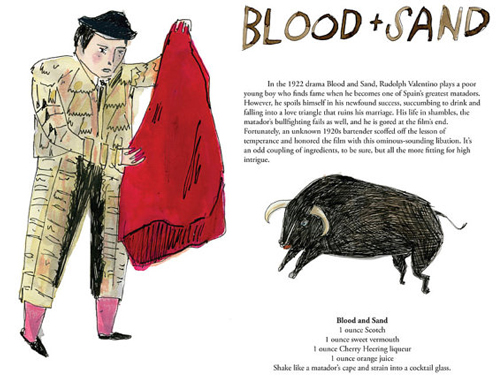