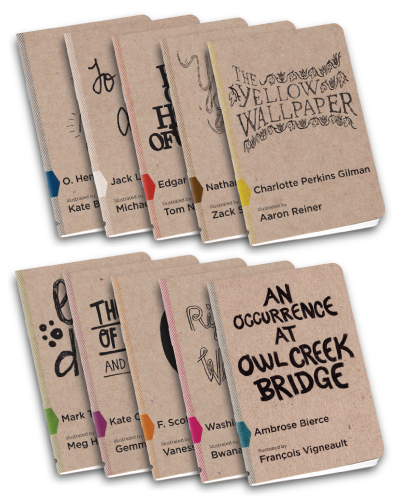 The ten-part series mines 100 years of the U.S.A.’s literary canon of immortal short stories, from the horrific (“The Fall of the House of Usher”) to the heartwarming (“The Gift of the Magi”), with many stops along the way. Each book is uniquely illustrated by one of today’s best illustrators (including François Vigneault, Bwana Spoons, Vanessa Davis, Gemma Correll, Meg Hunt, Tom Neely, and Kate Bingaman-Burt), breathing new life into these classic stories!