On 60 Minutes, Amazon CEO and founder Jeff Bezos announced that the online retailer will use drones to deliver packages as part of a program called Amazon Prime Air. The octocopters could provide half-hour delivery of packages up to five pounds — which covers about 86 percent of Amazon packages, Bezos said — to locations within ten miles of an Amazon distribution center. The announcement came just in time for one of the biggest online shopping days of the year, Cyber Monday, but there are a lot of regulatory and logistical problems that must be solved before a drone delivery program could launch, as The Guardian points out in a scathing opinion piece. The F.A.A. may decide on drone regulation as early as 2015, but Bezos estimates that Amazon Prime Air could launch in four to five years.

Of course, the announcement has spawned numerous parody Twitter accounts and some pretty great jokes: 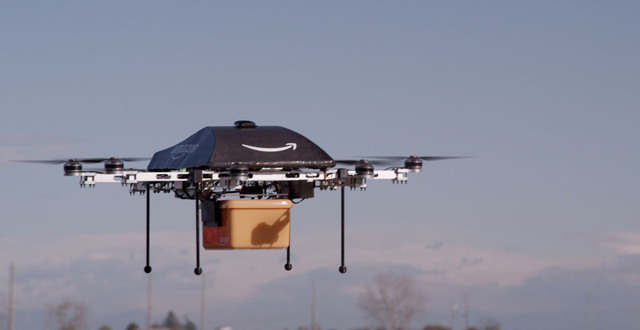 video and image via Amazon