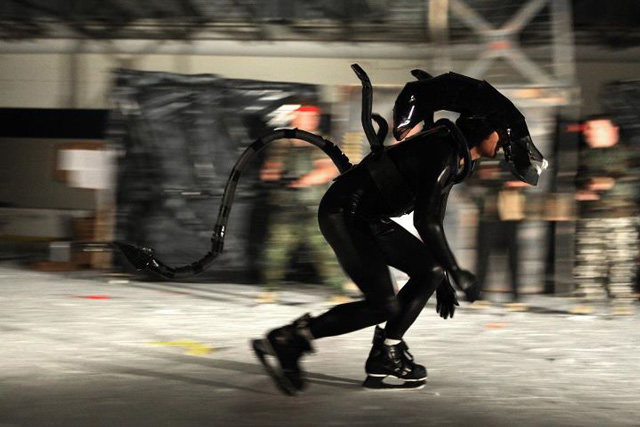 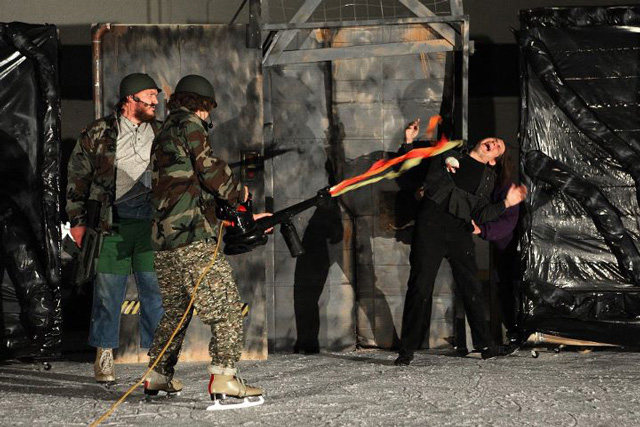 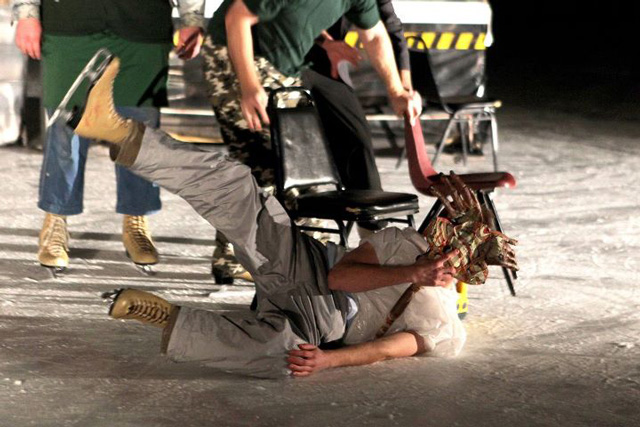 The Old Murder House Theatre in Austin, Texas performed Aliens on Ice, a live theatrical ice skating version of the 1986 sci-fi classic film Aliens. The show was performed for two nights at Chaparral Ice in November 2011.

Movies.com wrote a review of the show and included video footage:

Anyone who has seen Aliens can follow what transpires over the next 70 minutes or so. It’s James Cameron’s film on fastforward…and caffeine…and possibly cocaine. The show captures the little details and turns of phrases that fans will know by heart and cast makes creative use of the ice, never standing still when they have to…

These guys may not be professional skaters, but they’re not bad. Not bad at all. They’re certainly not afraid of the ice and they’re not afraid of taking risks. When they do stumble, they play it off beautifully and keep moving. They make the “on ice” part of the show look effortless until they make a mistake and then it becomes a newly improvised joke. Using expert skaters as the aliens is a truly inspired choice and seeing the aliens literally skate circles around the clumsy humans is a genuinely thrilling experience. 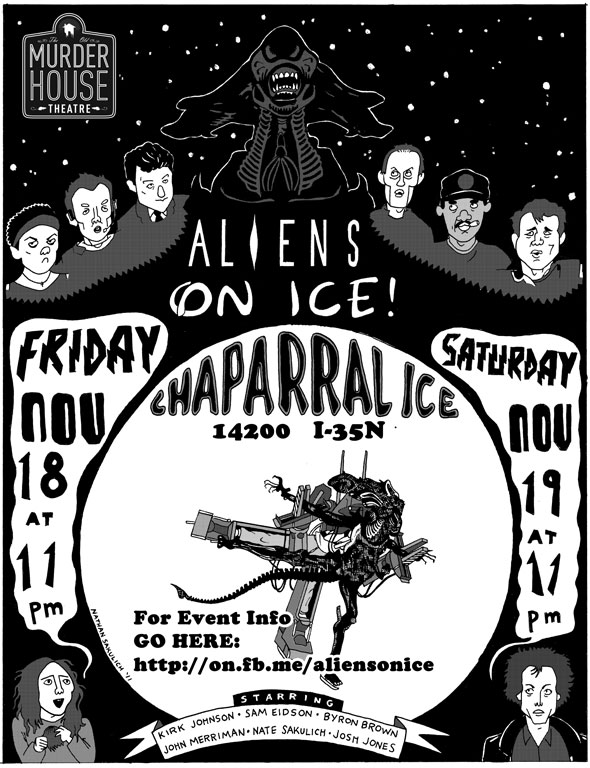