Above, Below, and In Between is a site-specific music composition by kinetic sculptor and artist Trimpin for the Seattle Symphony that features a kinetic instrument installation that works together with live players and gesture-based conducting. Conductor Ludovic Morlot conducted the premiere of the composition on May 1, 2015. For the gesture-based conducting, Trimpin ultimately went with the Microsoft Kinect.

The kinetic instrument installation consists of a 24-reedhorn sculpture made with materials found from a pump organ, and a set of concert chimes originally owned by the composer Henry Brant, both will be installed between the nine columns of the Benaroya Hall Promenade. A prepared grand piano equipped with small robotic devices that pluck, bow, scratch or play the strings will be positioned on the floor of the Grand Lobby. 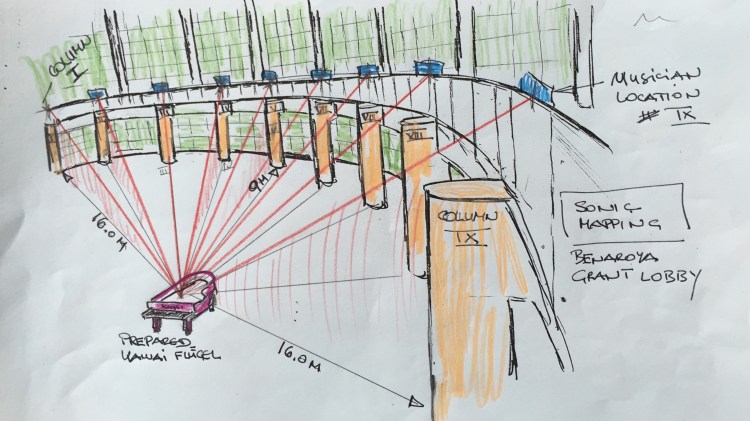