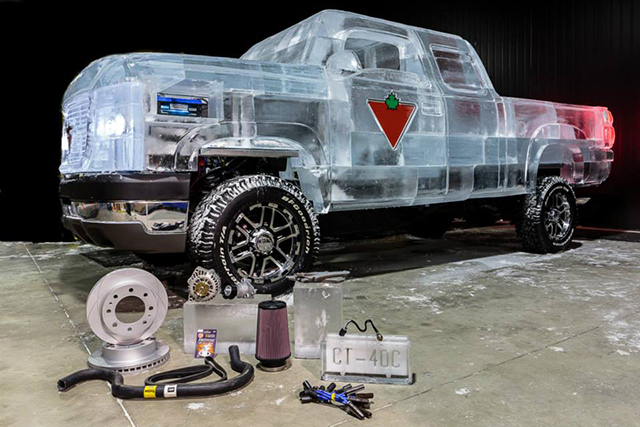 Canadian Tire commissioned Ice Culture, a company specializing in custom-made ice sculptures, to build a working Canadian Tire truck out of 11,000 pounds of ice. They had the custom truck created “to prove how reliable the MotoMaster Eliminator Ultra AGM battery” was in very cold conditions.

We did something that has never been done before. We tested our Motomaster Eliminator Battery. We’ve frozen our battery to -40 degrees celsius, and really put it to the test. We thought what better way to do it then a truck made out of ice. We wanted to create that kind of wintery environment, and start that truck.

On December 12, 2013 the Canadian Tire Ice Truck attempted to set a World Record for being the first, self-propelled ice creation to drive. Not only did the Ice Truck drive but it travelled 1.6 kilometers in its record-setting attempt. 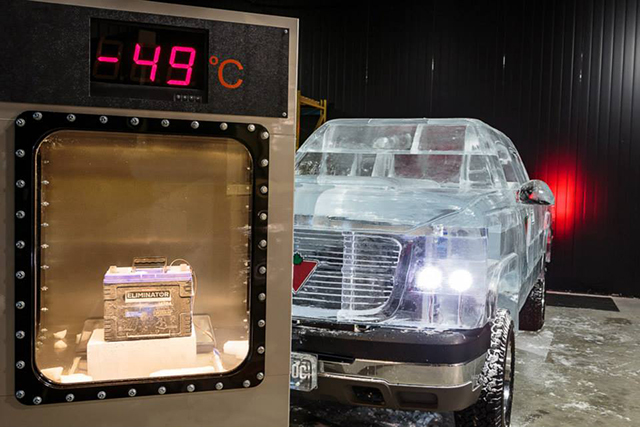 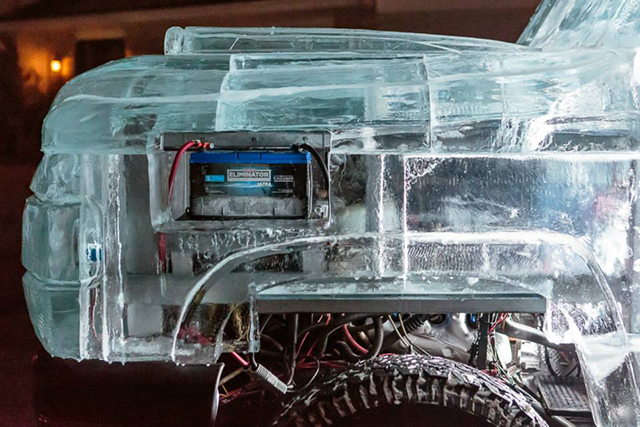 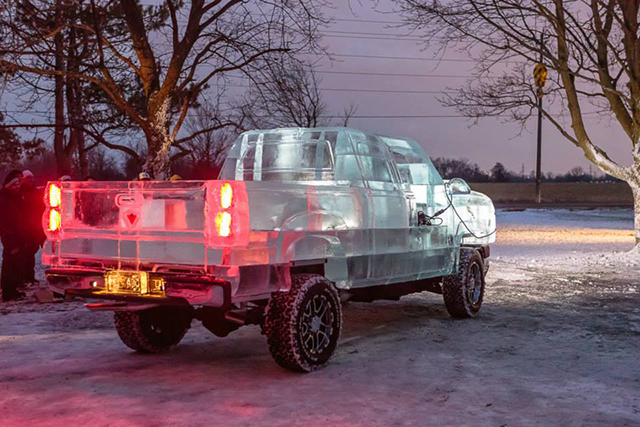 videos and images via Canadian Tire