British designer Sebastian Bergne has relaunched his classic but clever glycerine soap ring, which can be conveniently hung on a easily attachable silver peg to dry. The soaps come in two beautiful colors; Emerald and Amber, each with its own distinctive scent. The soap and pegs are available through the Sebastian Bergne online shop.

Ring Soap hangs on its peg, always ready to use. It remains dry, is consumed more slowly and becomes a graphic element on the wall. After some years off the market, Sebastian Bergne has relaunched this new version of Ring Soap using quality materials and fine glycerine soaps. Ring Soap is a ring shaped bar of soap that hangs on a peg to remain dry at all times, thereby slowing its consumption and becoming a decorative feature. Initially produced by Authentics in 1994 it went out of production in the late 90’s. In 2016 Sebastian started to manufacture Ring Soap as an Edition under his own brand. 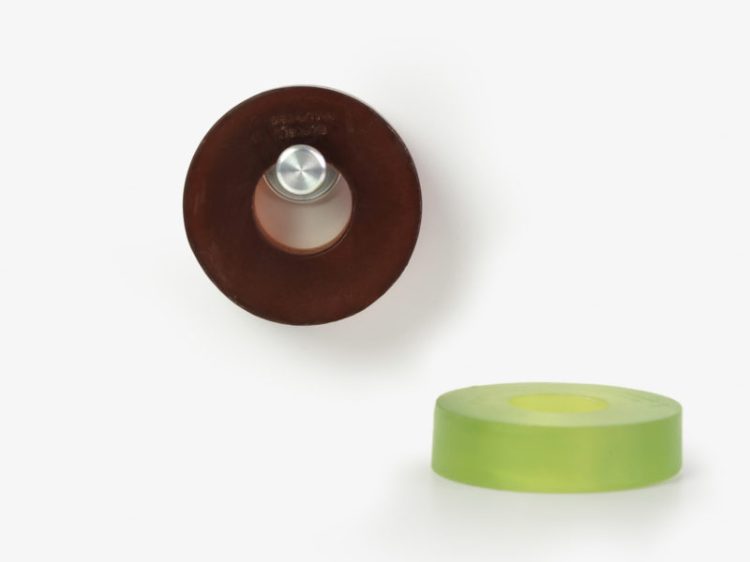 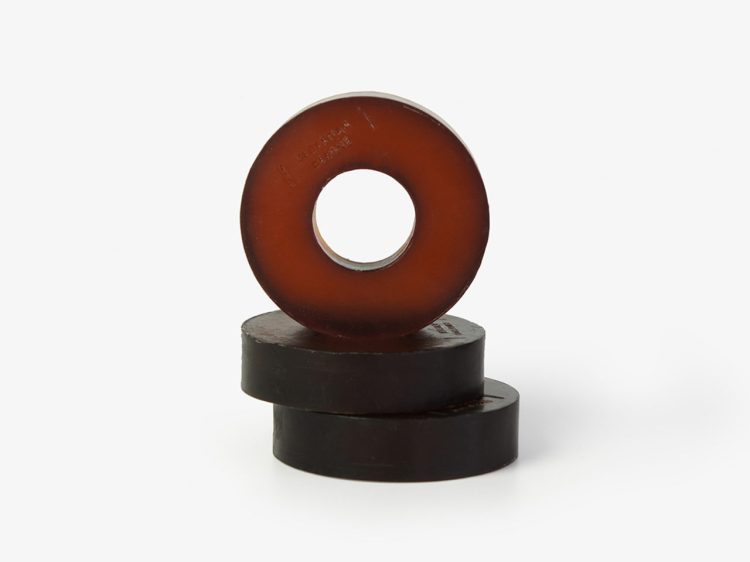 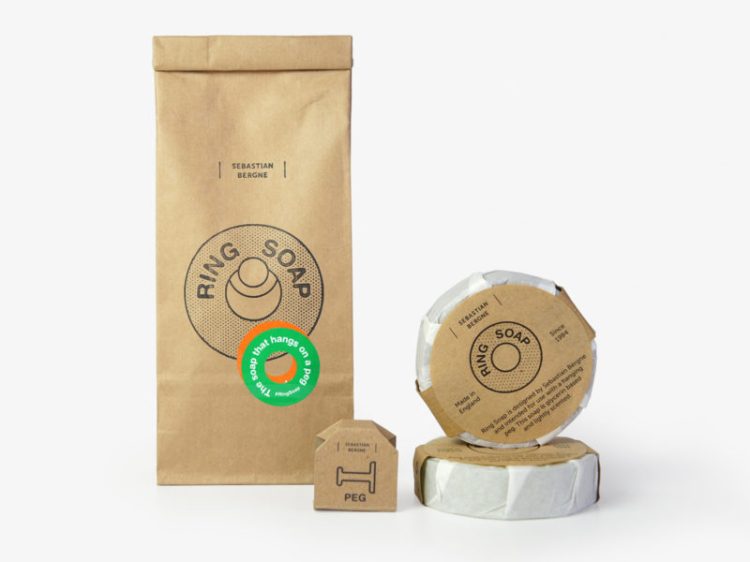 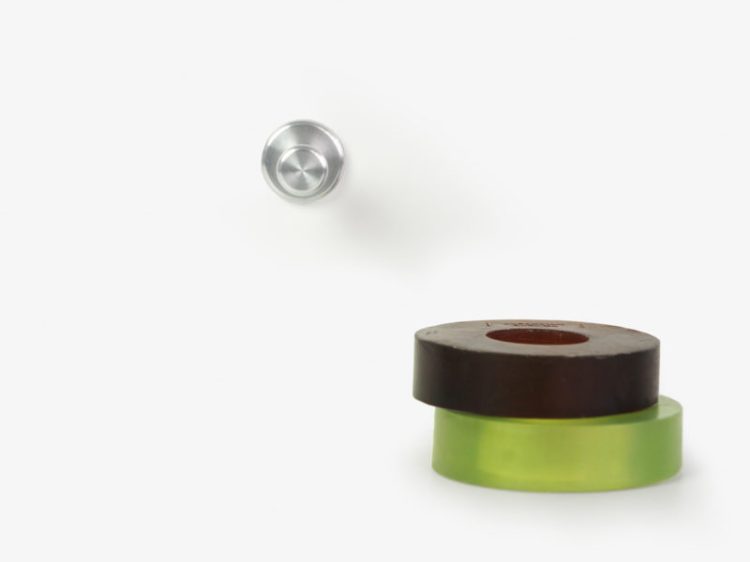