2011 was the biggest year yet for Laughing Squid. And by biggest, I mean we had the largest number of visitors in the blog’s history. We use a number of services to track analytics for the site, including Chartbeat for realtime stats, WordPress stats via Jetpack for blog post views, and Google Analytics for in-depth analysis and more importantly, colorful maps. Here are a few Google Analytics stats that you might find interesting. After all, they’re about you. 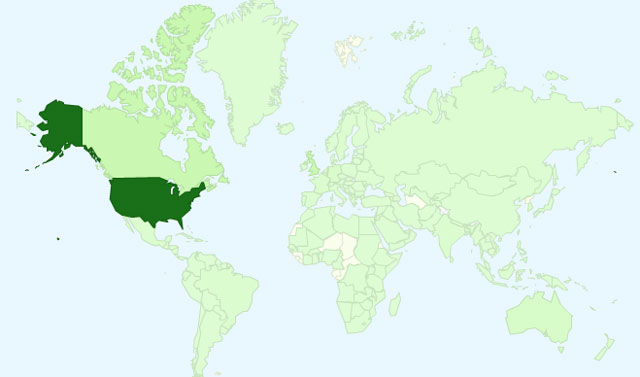 Nearly two thirds of our visitors are from the United States. Rounding out the top five countries: Canada (6.5%), United Kingdom (6.3%), Australia (2.3%), and Germany (1.7%). We had one visitor from the Falkland Islands. 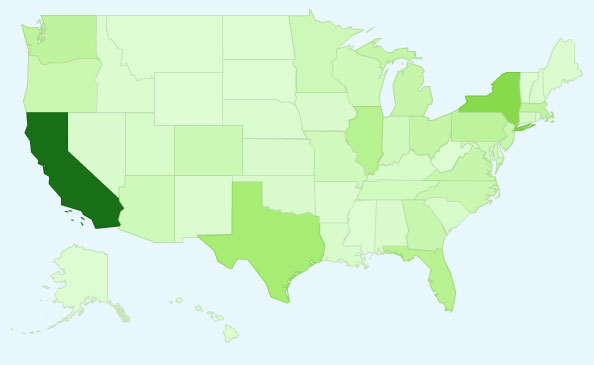 Of our American visitors, 20% are from California, followed by 9% from New York and 6% from Texas. 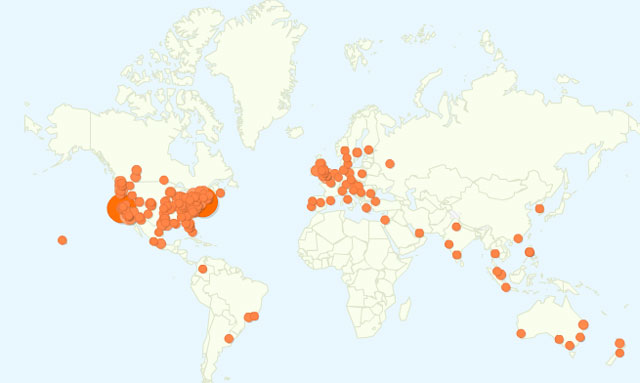 As far as cities, our two biggest (worldwide) are New York City and San Francisco. They are neck in neck: New York is leading slightly with just over 5% of our American readers, San Francisco is at 4.9%. Rounding out the top five cities: Los Angeles, Chicago, and London.

So there you have it: our 2011 Laughing Squid readers in numbers and maps.