“PomPom Mirror” by artist Daniel Rozin is a hypnotizing anthropomorphic looking glass of sorts, that amazingly reflects the images presented before it with black and beige “faux fur puffs.”

Rozin’s anthropomorphic “PomPom Mirror” features a synchronized array of 928 spherical faux fur puffs. Organized into a three-dimensional grid of beige and black, the sculpture is controlled by hundreds of motors that build silhouettes of viewers using computer-vision. Along its surface, figures appear as fluffy animal-like representations within the picture plane, which is made permeable by a ‘push-pull’ forward and backward motion of meshed ‘pixels’. Ghostly traces fade and emerge, as the motorized composition hums in unified movement, seemingly alive and breathing as a body of its own.

“PomPom Mirror” is currently being shown at the bitforms gallery in New York City. 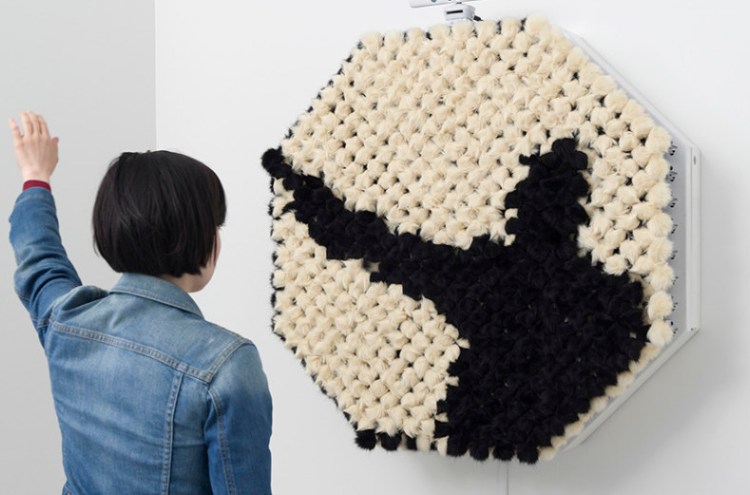 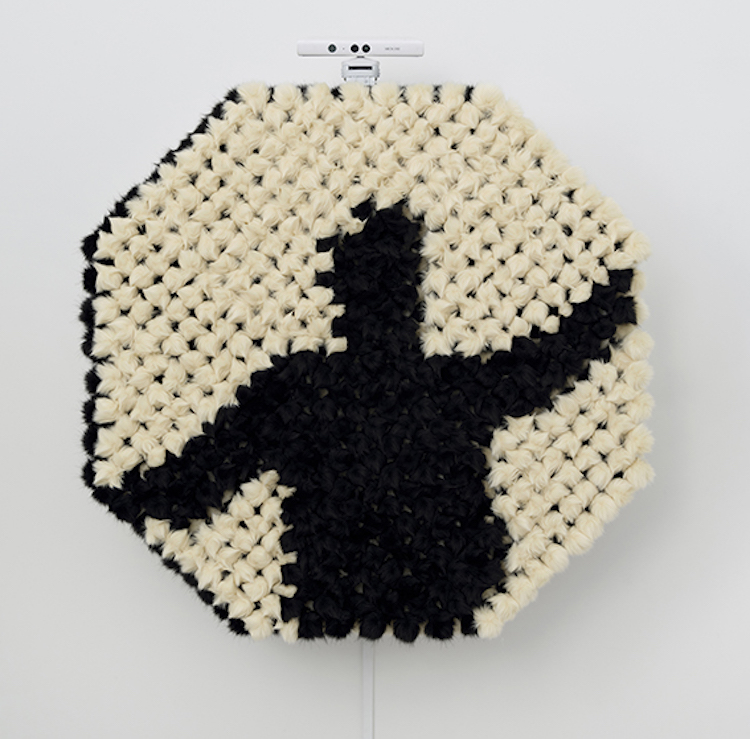 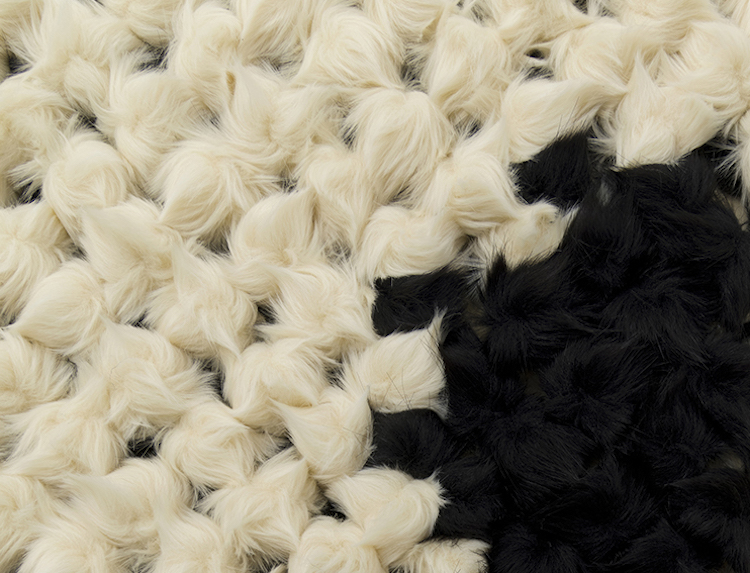