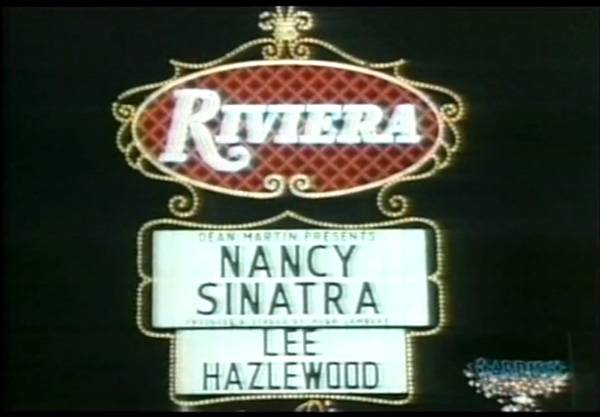 Nancy & Lee in Las Vegas is an hour-long Swedish documentary TV special that follows Nancy Sinatra and Lee Hazlewood both onstage and behind-the-scenes during their 1972 concerts at the Riviera Hotel in Las Vegas. This often candid film was directed by Torbjörn Axelman and was produced by Sinatra’s late husband, Hugh Lambert. It also features scenes with Nancy’s mother, Nancy Barbato. As a longtime fan of both Sinatra and Hazlewood, I really appreciated this look at their sometimes less-than-glamourous time on a casino stage (and their jazzy live version of the song Jackson). It is available to purchase on DVD from The Video Beat.

According to the Nancy Sinatra blog, Sinatra performed in Las Vegas from 1969 to 1982. Billboard reviewed the Riviera Hotel show in February 1972:

“Gowned in a backless, silver pants outfit and banked in a magnificent stage set with white light she knows how to sell hard, man type songs to the cafe crowd. Opening with ‘Let Yourself Go,’ she goes immediatley into ‘Candy Man,’ ‘Ain’t No Sunshine When He’s Gone,’ and a country arrangement of ‘Help Me Make It Through the Night’ which had heavy use of the steel guitar…[Lee Hazlewood’s] duets with Miss Sinatra are solid and strong. The RCA recording team did their hits plus the new ‘Arkansas Coal.’”

Torbjörn Axelman also directed the 1970 TV special starring Hazlewood titled Cowboy in Sweden. Here’s a clip from that special that features Hazlewood’s song, The Night Before: 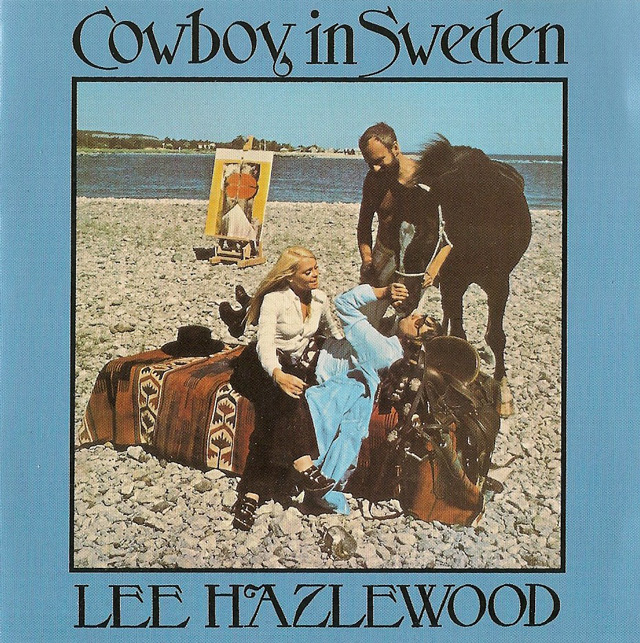 image via The Centre of the World