Paul Jury takes a look at 50 State Stereotypes in 2 minutes. Paul is the author of the book States of Confusion, about his 19,000 mile road trip through all 48 contiguous states in 48 days in an attempt to find a direction in life.

Rather than deal with the problems he was facing as a recent college grad, Paul Jury decided to leave them in his rearview mirror. He might not have known the direction his life was headed, but he knew the route he was taking to hit all forty-eight contiguous states on one epic road trip.

Filled with plenty of adventure and the unforeseen obstacle (or twelve), this book puts you in shotgun to see where the road takes Paul. All he knows–after crashing on the beer-soaked couch of his younger brother’s frat–is that there’s no going back. 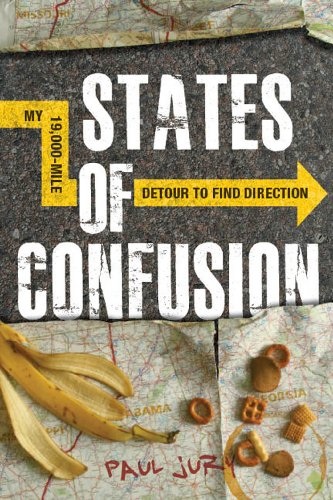