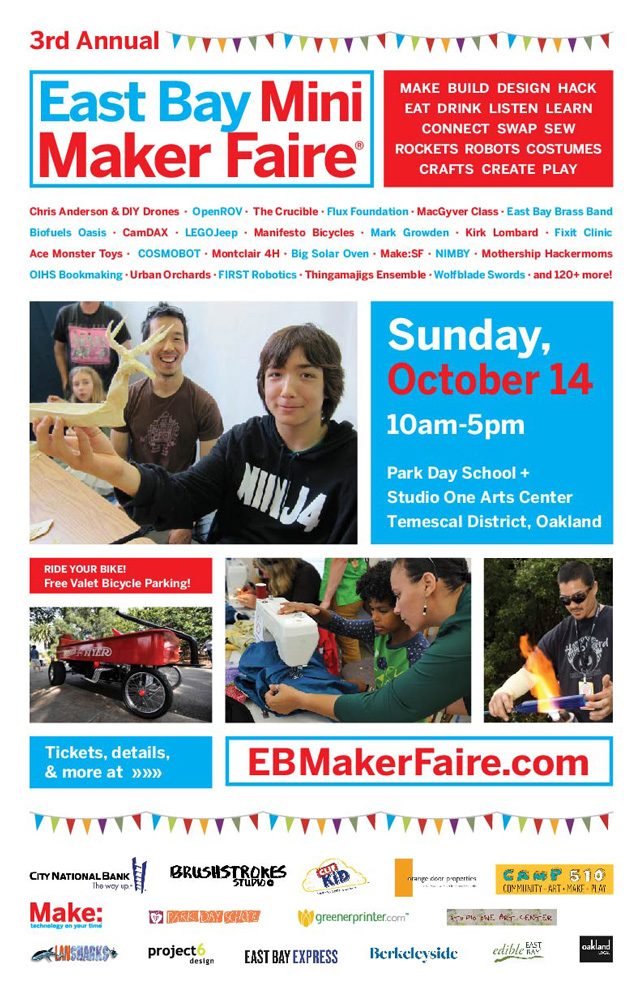 Now in its third year, the 2012 East Bay Mini Maker Faire will “showcase the talent and creativity of the East Bay maker culture in a one-day, family-friendly festival featuring a spectacular line up of over 160 new and returning makers, performers, food vendors, and speakers.” The event happens Sunday, October 14, 2012 in Oakland’s Temescal District and tickets are available online or at the door (360 42nd Street, Oakland, California).

2012 FAIRE CONFIRMED HIGHLIGHTS so far include:

– Booths to make and launch your own rocket, swipe a screen print, make butter, learn how to solder, as well as our complete textile hacking (and costume-making) room, the Swap-O-Rama-Rama

– The East Bay’s best crafters, selling their lovely wares to those interested in getting a head start on holiday shopping.? The best of the East Bay food truck scene, curated by Bites off Broadway.