Blumhouse Productions released an action-packed trailer for Upgrade, an upcoming sci-fi action horror film written and directed by Leigh Whannell. The trailer follows a paralyzed man, named Grey Trace (Logan Marshall-Green), who is turned into a revenge seeking warrior after getting a miraculous computer chip implant. Upgrade is set to drop kick its was into theaters on June 1st, 2018 .

After his wife is killed during a brutal mugging that also leaves him paralyzed, Grey Trace (Logan Marshall-Green, SPIDER-MAN: HOMECOMING, PROMETHEUS) is approached by a billionaire inventor with an experimental cure that will “upgrade” his body. The cure–an Artificial Intelligence implant called STEM–gives Grey physical abilities beyond anything experienced, and the ability to relentlessly claim vengeance against those who murdered his wife and left him for dead. 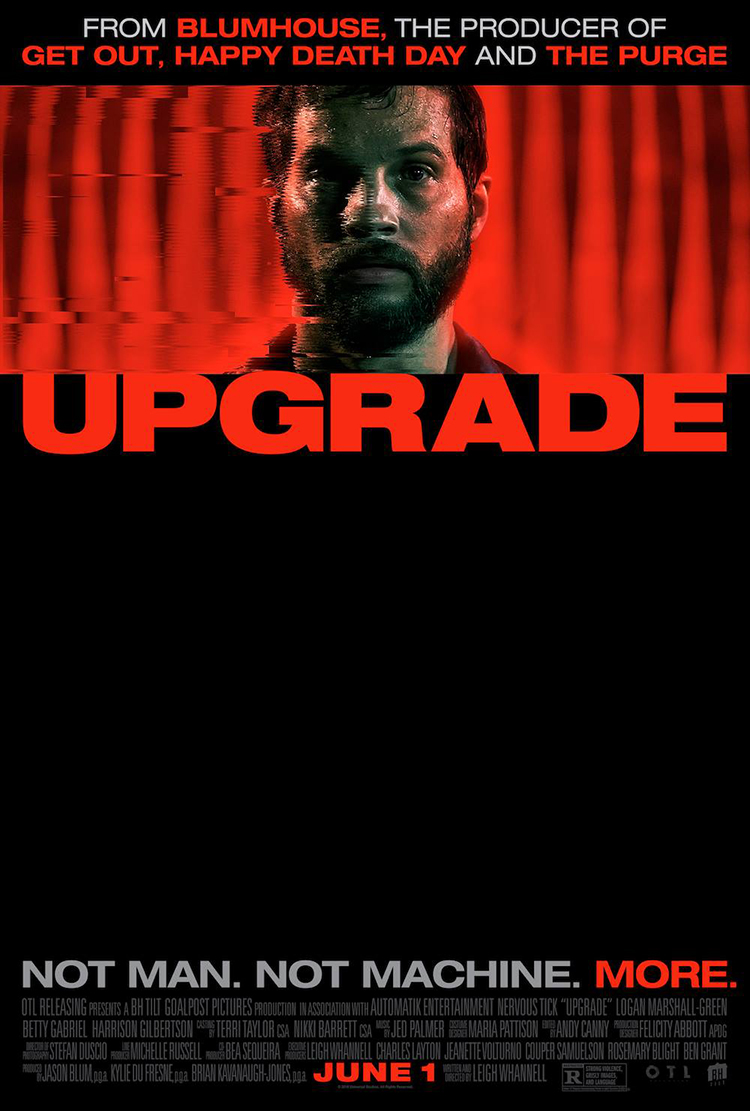