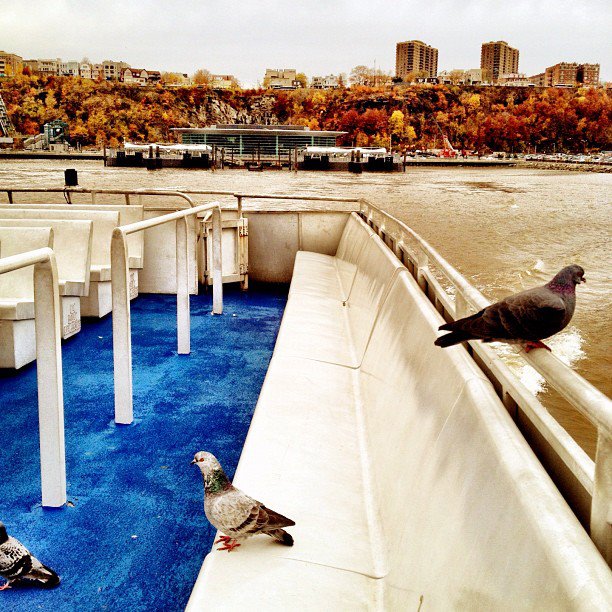 For the past three plus years, Tony the crumb-eating pigeon has been riding the New York Waterway ferry from Manhattan to Weehawken. In 2011, NY Daily News.com featured Tony in an article which described his daily journey on the ferry and reactions from human ferry passengers. Tony even has his own Facebook page simply titled Tony the Pigeon.

According to deckhands and regular passengers, Tony boards the Thomas Jefferson ferry every morning at Pier 79 on W. 39th St. during the rush-hour commute. He travels back and forth on the boat to New Jersey, exiting briefly at each dock to search for food, before disembarking after two hours without fail back in Manhattan.

He then repeats the same two-hour routine, wandering both the upper and lower decks of the boat, during the evening commute. The only time he ever misses a day is during a blizzard. 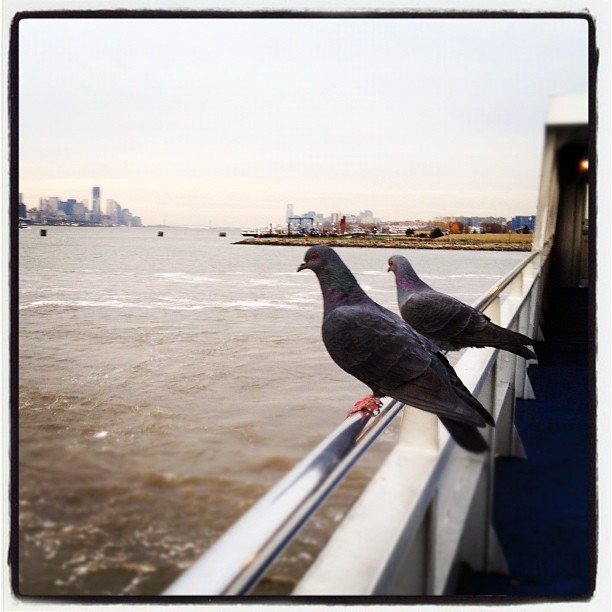 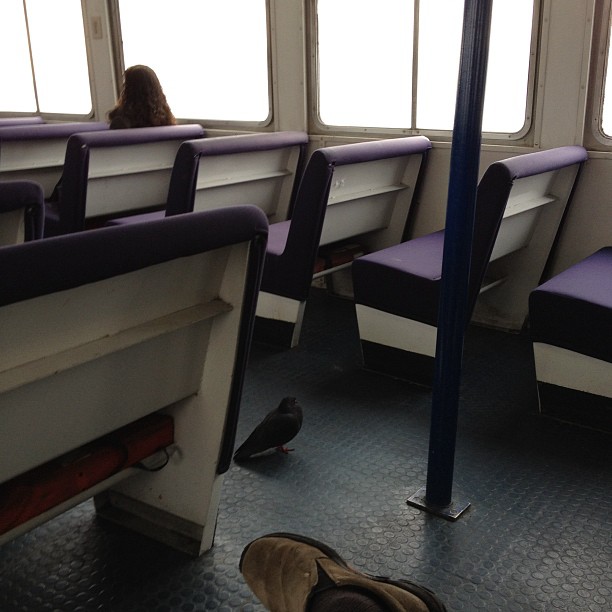