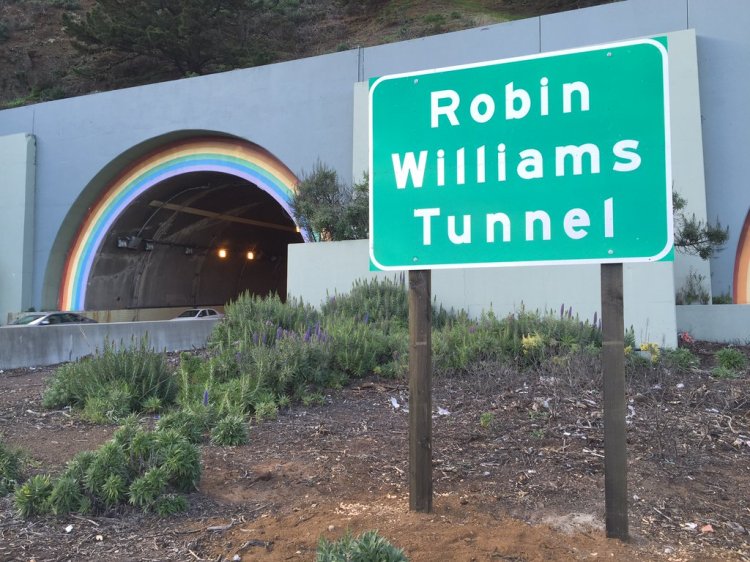 In April 2015, the California Assembly voted unanimously to rename the rainbow decorated Waldo Tunnel in honor of the late great Robin Williams, who had been a longtime Bay Area resident. On March 1, 2016, CalTrans District 4 announced that the tunnel had been officially renamed.

Williams resided in Marin, and his character Mork on the show “Mork & Mindy” often wore rainbow-striped suspenders. As such, it seems a nice tribute to the late, great comedian and actor who brought smiles to so many of us over the years.

Our friends down in District 4 recently installed signs that officially recognize the tunnel on U.S. Highway 101 near…

Our friend Jason Scott also captured a shot of the sign at night.