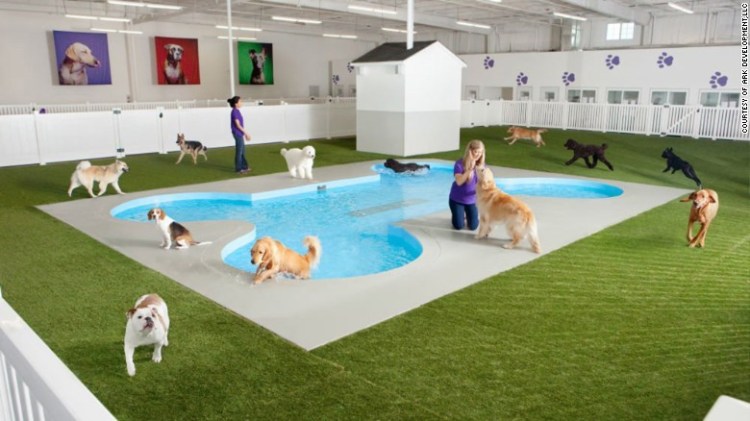 Construction on The ARK at JFK, a world class privately owned animal care terminal, is currently underway at John F. Kennedy Airport. Developed by Racebrook Capital, the project will live in Cargo Hold 78 at , a 178,000-square-foot building with 14.4 acres of surrounding land, that has been vacant since 2004. Artist renderings depict an indoor doggie pool with a grassy area, an overnight small animal resort provided by Paradise 4 Paws, a generously sized equestrian stable and a working livestock arena. The project is set to be completed in early 2016.

Under a 30-year lease with the Port Authority of New York and New Jersey, The ARK at JFK has been conceived as the world’s only privately owned animal terminal and USDA-approved, full-service, 24-hour, airport quarantine facility for import and export of horses, pets, birds and livestock. …In addition, Paradise 4 Paws will bring award-­winning service in the form of a 20,000 square foot pet resort with overnight accommodations for cats and dogs, dog daycare, grooming training, and airport parking. 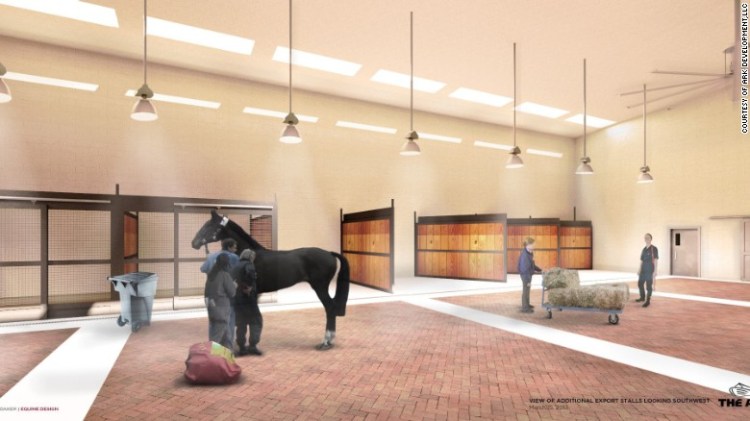 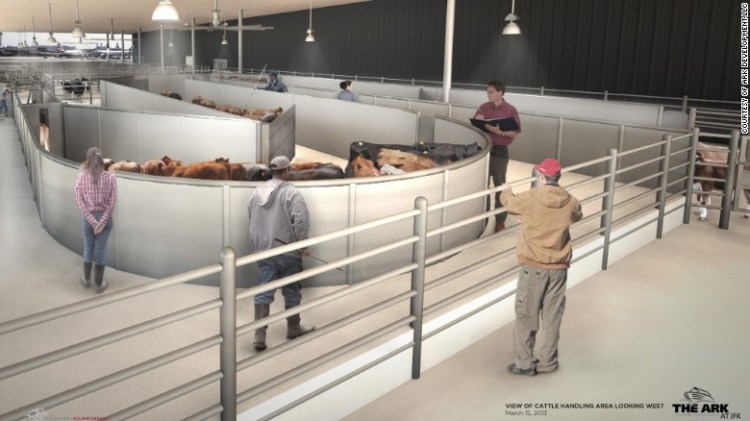 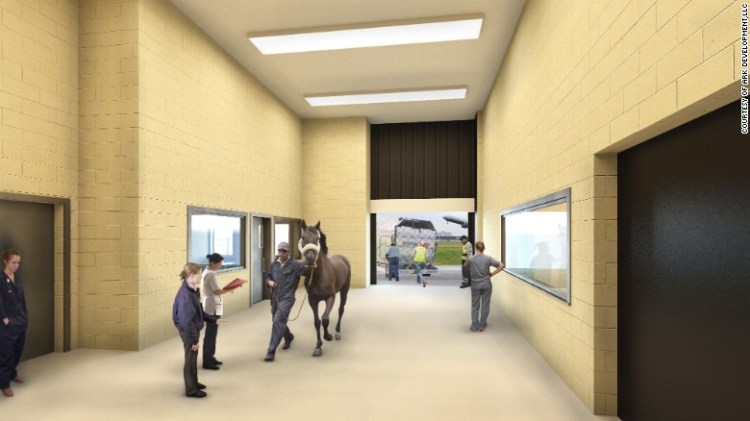 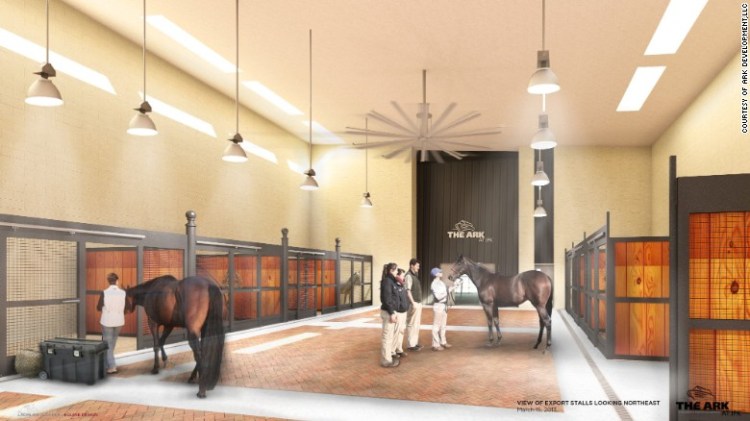 images via The ARK at JFK