A beautiful 9-year old Texas long horn named Lazy J’s Bluegrass was recently awarded the Guinness World Record for the largest horn spread on a domestic living steer, measuring in at an incredible 9.75 feet from horn to horn during a Texas Longhorn Breeders Association of America competition in Greenleaf, Kansas.

When people come to see Bluegrass they’re in awe and they can’t believe his ear to ear horn spread and his beautiful color and his size. He’s approximately 1,800 pounds and he’s just a gentle giant out in the pasture Bluegrass has a wide horn spread because of genetics. His parents have extreme horn measurements, his mother has extreme horn measurements and it traces back by six generations. 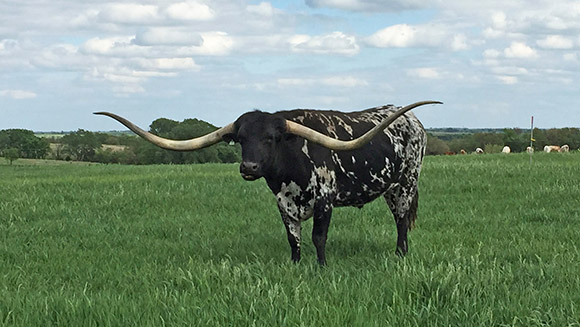