SUMER is a beautiful futuristic 3D animated short film, directed by Álvaro García, set on a bleak Earth about a determined young boy who finds something amazing that could change everyone’s lives. The short movie has been showcased at over 50 film festivals and acquired quite a few awards along the way.

For unknown reasons, the Earth’s ionosphere has weakened dramatically during the course of the last century, resulting in the collapse of the entire ecosystem. Earth has become an increasingly hostile and uninhabitable place and with no shield to protect it, it is at the full mercy of meteors.

All animal and plant species perished decades ago. All that remains is one small group of humans who attempt to resist the hostility and hardness of the external environment from SUMER, the last hive city in the world, which has been specifically designed to keep the population alive through oxygen supply systems. Unfortunately, the systems that allow this last safe haven to operate are becoming increasingly impaired and deficient. (read more) 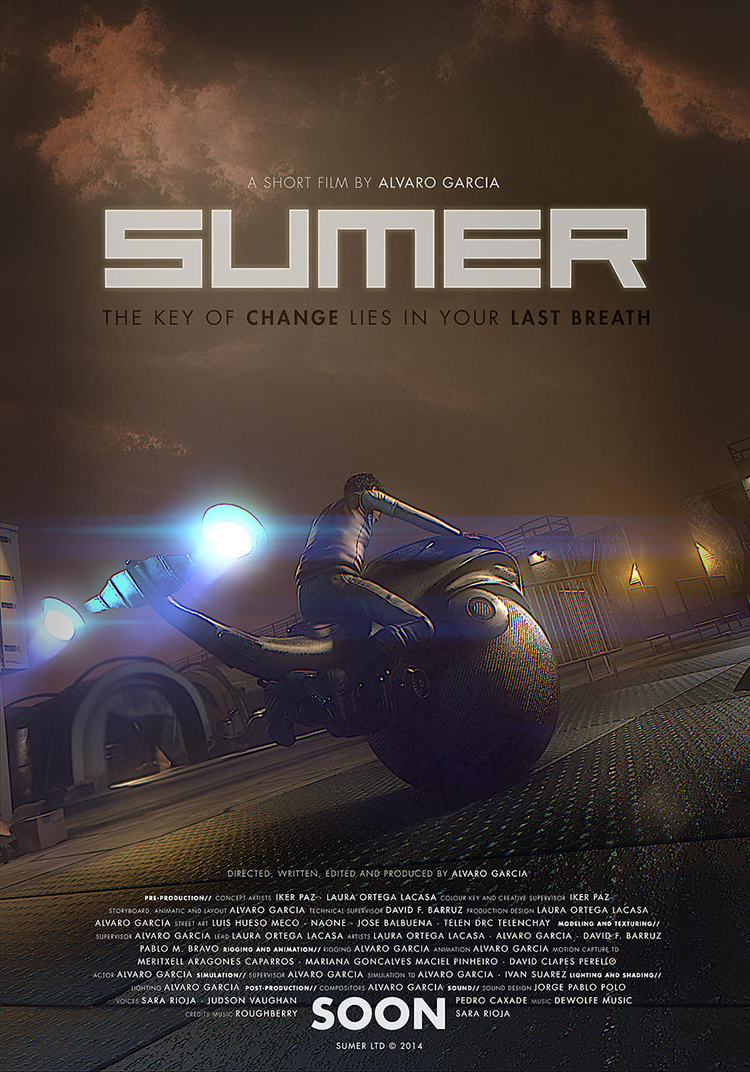