Robert Lordan of RobsLondon takes his viewers on a visual tour of No.10 Hyde Park Place, considered to be the smallest house in London.

London’s smallest house can be found on Bayswater Road- 10 Hyde Park Place, W2 to be exact…. but what’s the story behind it?

This little residence, which sits off Bayswater Road and is near the Lancaster Gate Tube Station, has a rather mysterious history. Some say that the house’s close proximity to the cemetery made it the perfect watchhouse, while others muse that was built to serve as servant’s quarters.

The path in question led to St George’s Burial Ground- now St George’s Fields- which is located behind. The proximity of this old graveyard leads to another suggestion: that the little building was, in fact, intended as a watch house, from where an eagle-eyed warden could look out for bodysnatchers…Also plausible is the assumption that the home was built by a Miss Jubb- who lived at number 9 as a residence for her maid and, as she blessed the annexe with a door number, it became a house in its own right.

Other theories about the house are the stuff of rumor and legend. The first being that of meeting the requirements of a will and the other stated that the house remains small out of spite.

The first of these reckons the house was built by a Scrooge-like miser, who’d inherited a fortune but,…had to abide by one unusual condition if he wanted to collect the money. The clause, in this case, being that he had to use part of the cash to build a property in London. …The final claim is that an old fellow lived here long before anyone else and was quite content with his cosy little cottage so much so that when larger properties began to muscle in; he refused to budge, and that’s how the dinky little building ended up being squeezed in between.

Either way, the house now belongs to the Nuns of the Tyburn Convent, where it is put to use as a silent retreat. 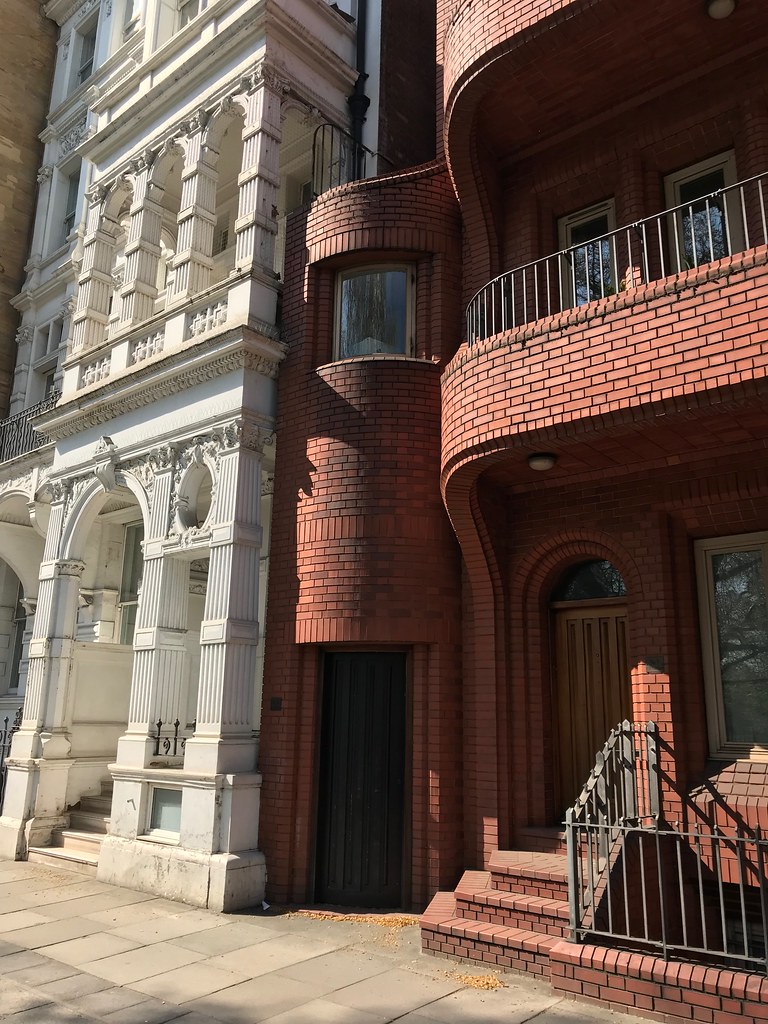