Rosetta is a short film about the Long Now Foundation‘s Rosetta Project, a language archive inspired by the Rosetta Stone and Long Now’s mission to foster long-term thinking. Filmmaker Scott Oller made the documentary as his senior thesis; it was shot earlier this year and features interviews with staff members of Long Now and the Internet Archive.

The Rosetta Project has collected over 100,000 pages of information about more than 2,500 languages and intends to archive them for thousands of years. The documents are available online at the Internet Archive. A subset of the document collection has been micro-etched onto a three inch diameter nickel disk so that no technology more complex than magnification is needed to read it. A limited number of these disks have been manufactured.

The Rosetta Disk fits in the palm of your hand, yet it contains over 13,000 pages of information on over 1,500 human languages. The pages are microscopically etched and then electroformed in solid nickel, a process that raises the text very slightly – about 100 nanometers – off of the surface of the disk. Each page is only 400 microns across – about the width of 5 human hairs – and can be read through a microscope at 650X as clearly as you would from print in a book.

The original Rosetta Stone is actually a portion of an Egyptian stele created in the year 196 BC. A rather prosaic political document of its time, it was eventually unearthed in 1799 by Napoleon’s army and became the key to deciphering and translating Egyptian hieroglyphs for the first time. Its usefulness was accidental. The stone features the same text written in multiple languages, and that allowed researchers to deduce the language they didn’t know from those they did.

From that example and other historical precedents the Rosetta Disk has been purposefully designed as a resource for future generations to better understand their linguistic past. As half of the world’s languages are predicted to disappear within the next century, our current linguistic diversity may be hard for them to fathom. One side of the Rosetta Disk features parallel texts to facilitate translation across languages and to provide a clue to the intention of the object and the contents of the micro-etchings on the other side. There’s an interactive version on their site. 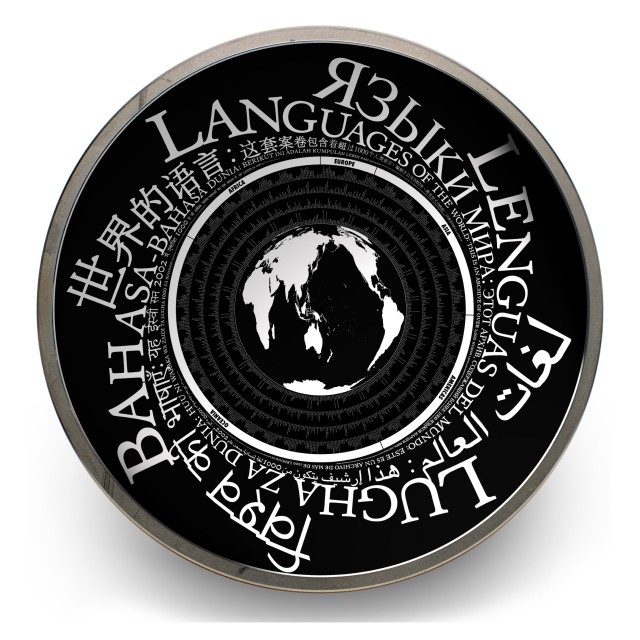 The Rosetta Project’s other activities include building a database with PanLex to facilitate trillions of translations across thousands of languages and sponsoring “record-a-thons” for people to document their languages on phones and other personal devices and post them to the Internet Archive. They are participants in the Endangered Languages Project, along with Google and others, to help document the world’s most endangered languages. 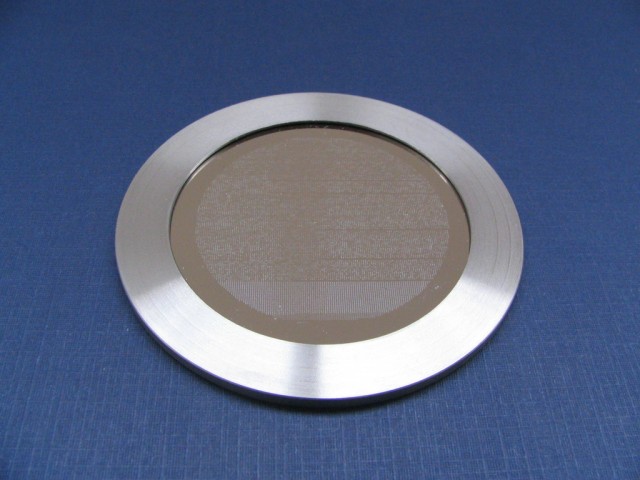 Photo by The Long Now Foundation