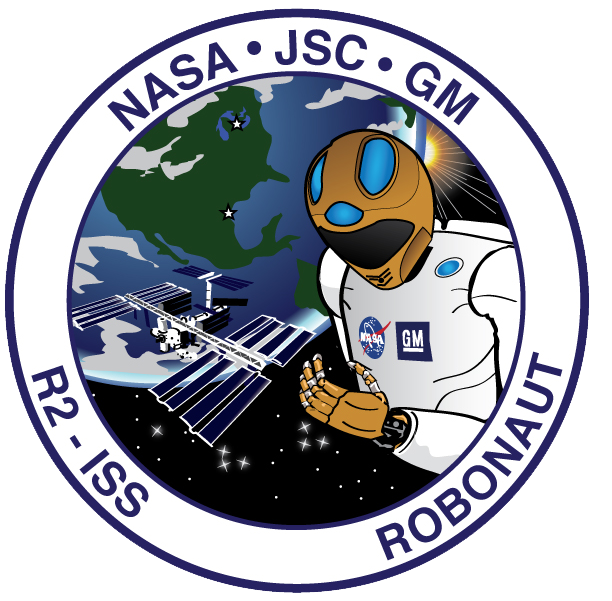 Robonaut 2 or R2 for short is the next generation dexterous robot, developed through a Space Act Agreement by NASA and General Motors.

It’s ironic that the first humanoid robot in space is nicknamed R2, as its golden face and gangly limbs are more reminiscent of C-3PO than Star Wars‘ less person-shaped droid R2-D2. The awesome mission patch above celebrates Robonaut 2’s recent historic journey to the International Space Station, one small step for personified robot-kind, entering space on February 24th, 2011. Someone check with Issac Asimov’s estate and see if they are nervous.

R2 was cargo on the most recent shuttle mission (Shuttle Discovery’s swan song). Delivery was successful, someone was home at ISS on the first attempt. President Obama joked with the crew that they needed to let R2 out of the box he was shipped in. But it turns out that getting the robot out of its box was not as simple as expected. See this unboxing video:

A little astronaut mischief, not willing to wait until Christmas morning. So now the golden man-shaped machine is on ISS and has been to put work. And what exactly does that work entail? R2 is not yet going on spacewalks or welding hulls or anything, so far its role is mostly educational:

…its primary job, for now, is teaching engineers how dexterous robots behave in space, the hope is that through upgrades and advancements, it could one day venture outside the station to help spacewalkers make repairs or additions to the station or perform scientific work.

R2’s not only being helpful in space, but also on teh internets: answering lots of questions on Twitter (@AstroRobonaut) and on its own Facebook page. Here’s a great overview about Robonaut’s development, capabilities, future, and what it took to get R2 ready for the trip to the ISS:

Want more details? There’s an interactive multimedia site from NASA with plenty of videos, images, and some kind of fancy “3-D Virtuality” tour. In lower-fi, there’s a 6-slide, PowerPoint-style presentation about Robonaut 2, showing the system in development dating back to 1998. There’s also NASARobonaut’s YouTube channel, where you will find the ACTUAL unpacking & assembly video for R2:

But let’s not get too hung up on these human-shaped robots, because Spidernaut is coming… 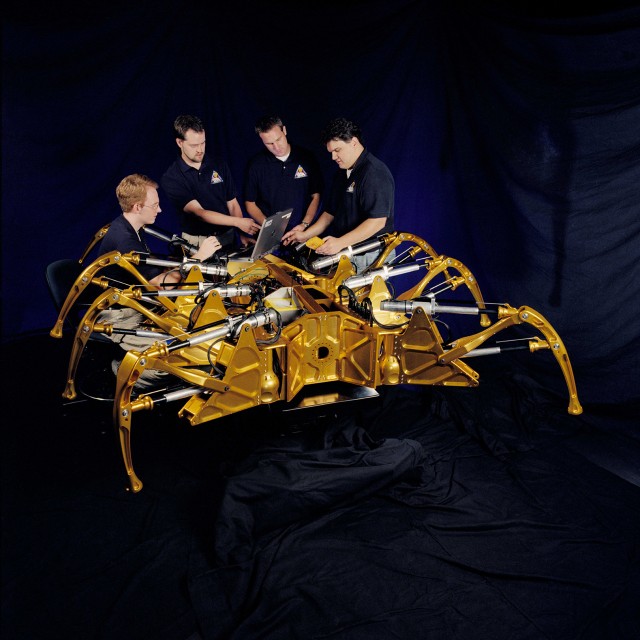 …or maybe she’s naut. That photo dates from 2006 and there doesn’t seem to be any new news on Spidernaut since. So she might be a non-starter. We will keep multiple eyes on it, and let you know.