The golden voiced Puddles Pity Party performed a lush, melodic version of a Sxip Shirey song entitled “Palms” to a rotating group of curious circus performers. The video celebrates the upcoming release of Sxip Shirey‘s new album “A Bottle of Whiskey and a Handful of Bees”.

The CD’s arrived. I am excited. I will be mailing out the packages at the top of January. I think you will be very pleased with the result. Thank you all so much. Here is a video. On the album I sing the song. On the video Puddles sings it!

The official record release party will take place at 7:00 PM on January 9, 2017 at National Sawdust in Brooklyn. Tickets are available online.

Acclaimed electro-acoustic composer and performer Sxip Shirey celebrates the release of his new album A Bottle of Whiskey and a Handful of Bees with a non-stop evening of music and performance. Shirey and his band perform songs from Whiskey/Bees including “Cinnamon Stick”, “Woman of Constant Sorrow”, “Penny Red”, “Palms”, and “So Stay” alongside his full arsenal of sonic and performative ideas. 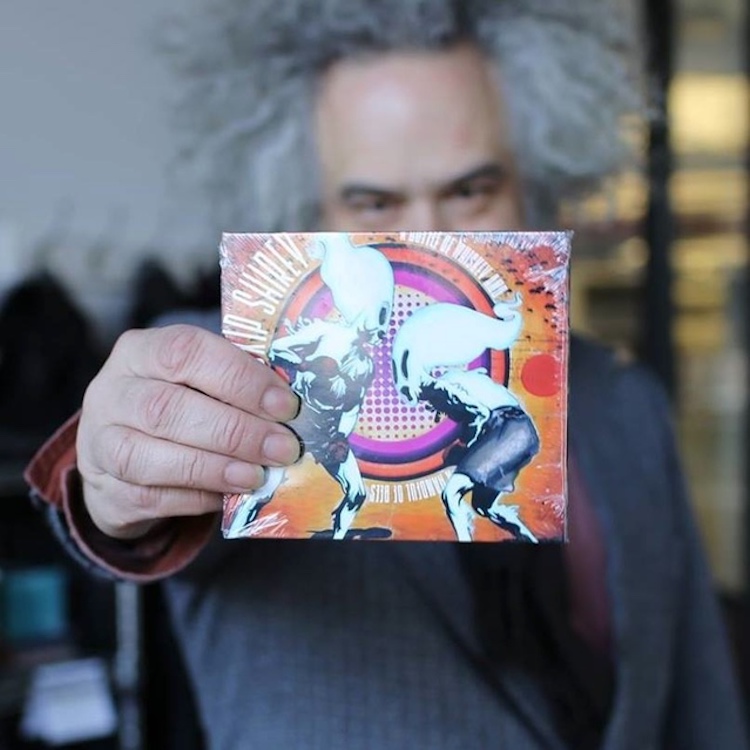